The Five Safest Cars In Production 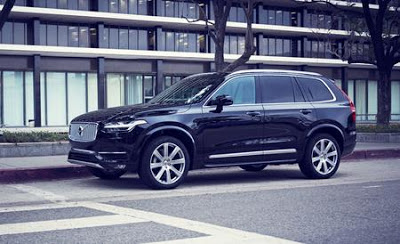 The worst case scenario when out on the roads, is that you are involved in a collision with another vehicle. It is something that we are constantly weary of, and something we are constantly attempting to avoid. Although it rarely happens, if it did, we would like to know that we are as protected from any potential injuries as we could possible be.

Below is a list of the five safest cars currently in production according to the European New Car Assessment Programme (N.C.A.P.). Cars which, if you were involved in an on-road accident, would ensure your call to a car accident attorney involve a conversation regarding any serious injuries.

The 2015 Honda Jazz is officially the safest city car, and one of only three five star rated currently in production. It’s hugely impressive 93% adult safety rating is a full 8% higher than its nearest competitor: the 2015 Hyundai i20.

The 2016 Toyota Prius is comfortably the highest rated family car according to the Euro NCAP ratings. The hybrid’s 85% safety assistance rating due to its self-stopping brakes is exceptionally high, but ultimately flawed. 17,000 European Toyota Prius’ were recalled in October of this year, due to a fault in the electric car brake system.

Watch The Mercedes-AMG A45S Demolish The BMW M135i and Ford…

The SEAT Ateca is the second highest rated in the very strong small SUV list. Its standout statistics are its five star rating and 93% adult safety rating. Safety assistance however, is lacking in this model as it is rated at just 60%.

Out of all of the cars on this list, this is the one I would buy. The Volkswagen Tiguan is the number one rated small SUV, and is the most eye-catching and well equipped car in this list. It boasts a five star rating and an astounding 96% adult safety rating. A key feature of the Tiguan’s safety features is its Electronic Stabilisation Control, which detects potential tyre skidding and automatically prevents it through a reduction of engine power and automatic braking.

I am not sure if this is a car or a bomb shelter. One thing I am sure of though is, if there is ever a World War Three, I am hiding from the air strikes in a 2015 Volvo XC90. The XC90 is comfortably the safest car currently on the market according to the Euro NCAP ratings. With a five star rating, a 97% adult safety rating and an astounding 100% safety assistance rating, this large SUV is essentially crash resistant.

Watch The Mercedes-AMG A45S Demolish The BMW M135i and Ford…

‘The New Guy’ Could Result In You Being Stuck In…