Toyota probably isn’t the first company you think of when it comes to sports cars, but the Japanese car company has actually made some pretty good sorts vehicles in its time, many of which, like the Toyota Supra, have become firm favorites with petrolheads across the globe. 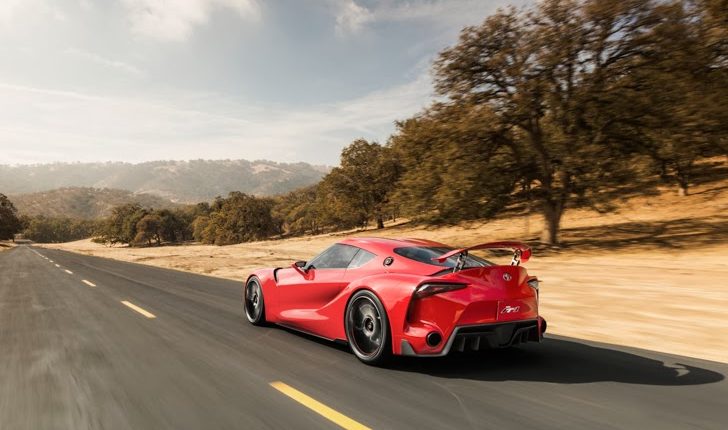 The Toyota Supra is undoubtedly Toyota’s finest foray into the world of sports cars to date. The Supra, which was first launched onto the market in 1978, performed like a dream, but it was the 1986 model that really impressed sports car enthusiasts thanks to its six-cylinder engines 320 hp and 3-liter engine. Fans of the Supra might be interested to know that a new model is on the horizon.

Okay, so you might be wondering what this is doing on the list because a Lexus is certainly not by any stretch of the imagination at Toyota, but you see, the Lexus LFA was actually produced by the Toyota Corporation. This beast of a machine is fantastic, benefiting as it does from a 4.8 liter V10 engine and extremely impressive 522 hp. Sure, it’s way more expensive than the average Toyota, but it wipes the floor with most of them too – the only reason it didn’t make top spot is that it technically isn’t a Toyota at all.

The S800 was the first sports car produced by Toyota, and although it only had a0.8 liter engine, boasting just two cylinders, the 44 hp car excelled because of its lightweight construction, weighing in at just 1,300 pounds, which means that it could handle high speeds without breaking a sweat. It also paved the way for sportier Toyota designs today.

Any Toyota mechanics who really know their stuff will tell you that the GT-One is a real feat of engineering design. Race car, which was completely road legal, was the perfect vehicle for speed lovers who want a vehicle that matches up to some of their favorite race cars. With a turbocharged V8 engine, making 600 hp at least, and with the ability to travel a mile in as little as 44 seconds, it’s a really great vehicle, which sadly won’t be seen on the streets today.

This car had to be on the list if only because it is one of the most attractive Toyota vehicles ever made. Sadly, only a few of 2000GT’s were produced back in 196t7, but they showed the world that Toyota really could produce a fantastic sports car as evidenced in this cars 6-cylinder 2000 CC engine, and lightweight 25000 lb weight. If you can find a vintage 2000GT it has to be worth your money.

The 1986 Toyota Celia was the first to be all-wheel drive turbocharged, making it the best to bear the name. The fact that it has 190 hp and a four-cylinder engine also made it pretty impressive at the time, but it wasn’t until the last years of the 90s when the Celia made 251 hp that it really shine. Sadly, the late 90s version of the car was also the last.

Are you a Toyota lover? Which of the company’s sports cars would you have put on the list?

Will Jaguar’s I-Pace Beat Tesla at Their Own Game?