The Auto Revolution: A Short History Of Car Accessories

What does the average person expect from a car today? Power steering? Of course. Antilock brakes? Definitely. Some drivers even turn their heads in shock if the windows are manually operated. It’s safe to say that the car industry has come a long way in the past century. What is underneath the hood is so different today that a modern motor would be unrecognisable to an early 20th-century gentleman. But, it isn’t only the industrial elements that have transformed from basic to alien. The accessories that come with a car are as advanced now than ever before. So, with the news about driverless cars hitting the roads soon, Zero 2 Turbo thought it would be a good idea to go back to the future and talk about car accessories. We’d love to do it in a DeLorean like Marty McFly, but words and your imagination will have to suffice. Prepare to have your minds blown. 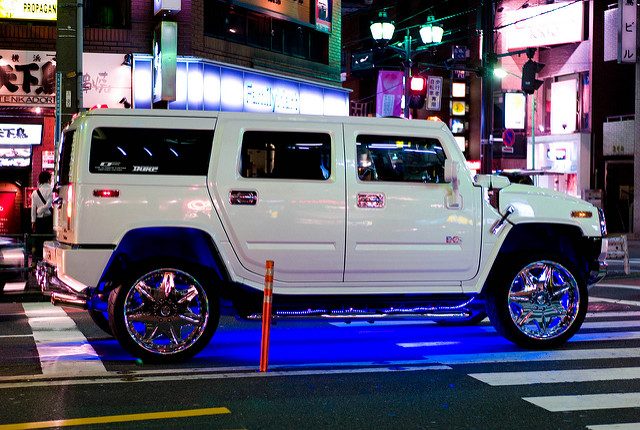 Yep, in the late 1800s when Karl Benz compiled the first car with a motorised engine, he didn’t take the rain into account. For more than fifteen years, drivers had to deal with the rain anyway they could. Precipitation was a huge problem, and it caused problems that amounted to many fatalities. That was the case until 1903, when Mary Anderson, and American businesswoman, put everyone out their misery. With a lever, a coil, and a rubber blade, she ingeniously created a device that was capable of clearing rain from the windshield. Back in the early 1900s, this was enough to constitute a national holiday in her honour. It was such a big advancement that Robert Kearns took it one step further and developed the version we use today. Can you imagine a car with no window wipers? And some people think no air conditioning is bad!

There is nothing better than rolling along with the window open and the tunes blasting. But, up until 1929, this wasn’t possible for any driver unless they had their version of the radio. Then, a little company called Motorola came up with the idea which makes teenage boys rejoice every time summer rolls around. A bit of trivia for you: the name is a mix of the words motion and radio. As the years passed, the radio evolved into a device that was capable of playing anything from cassettes to CDs. Nowadays, it’s compatible with every phone on the market whether it’s an Android or an Apple device. There is even this awesome selection of touch screen ones if the traditional style doesn’t float your boat. So, no more listening to public broadcasts thank you very much.

Rearview mirrors didn’t come into effect until 1911, almost 26 years after the invention of the first automobile. Up until that point, drivers just guessed and hoped for the best! The great thing about this type of mirror is that it wasn’t invented for road cars. Competitors in the Indy 500 race craftily attached them to the sides of their cars so they could monitor their rivals. The idea caught fire, and they are a requirement for every car in the world in 2017. Indeed, mirrors aren’t always enough for some car owners. Thanks to advances in closed-circuit televisions, lots of vehicles now have cameras. The feed from the outside relays back to the driver on the screen, and you can use what you see to make quick decisions. Most of the time, they are used for parking because it’s hard to judge the distance between cars from a mirror. Back in 1911, people would have said parking cameras were witchcraft. In the 21st century, we call them necessary!

But, it doesn’t stop at cameras and radios because there is even scope for televisions in some cars. Yep, small screens in the back of headsets are a thing as you well know. How they are useful to anyone but the passengers is a mystery, yet drivers insist they come as part of the package. The allure is obvious. The people in the passenger seats sit back, relax, and relieve the boredom of a long journey. Different headsets do different things, like the satellite which tunes into local frequencies. However, the thing to take is that they exist, and they are even popular. Hey, whatever floats your boat is fine. Just don’t switch your attention to the screen instead of the road.

Can you believe that licence plates didn’t exist back in the day? Yep, when Bobbies ruled the beat and people left their front doors open, licence plates weren’t necessary. If there was any auto-related crime, the authorities dealt with it without the help of Big Brother. Then, in the 1900s, they realised it was a stupid policy and started making it a legal requirement. Now, every car has to have tags which relate back to the paper trail. But, it isn’t all bad news. If you have enough money, you can invest in a personalised one with your name as your tag. That way, everyone will know you’re driving through town. And, they’ll also know you have enough cash to blast on personalised plates. You’ll find they call it two birds with one stone in the industry! Just make sure you register the vehicle with the local authorities to ensure everything is above board. You might have a bit of spare cash, but you won’t have enough to get out of jail!

Driving was a simpler pastime before everything got all complicated. Say you felt hot, you didn’t flick a switch on the steering wheel. And, you didn’t figure out the perfect temperature to keep your body incubating at 37 degrees. Nope, you simply wound down the windows and let the fresh air blast against your boiling skin. Nowadays, that wouldn’t pass as customer care, so manufacturers have to make sure you can go from red hot to ice cold in seconds. In fact, air conditioning units are so good these days that you can nearly freeze to death on a perfectly pleasant day. That wasn’t the case in the 1940s. The first A/C unit used an actual refrigeration system to help regulate the heat. You might not find that fascinating but consider the fact that an air con unit existed in the 1940s. Sure, they weren’t widely available as they are now. But, it is still some going when you consider that it was only 29 years younger than a rearview mirror.

The interesting thing about seat belts is the fact that they existed as early as 1987. That’s only a few years after the invention of the car itself. You might that is no big deal. In fact, it’s a no-brainer. Well, not precisely because the standard safety belt didn’t come into effect until the 60s. Even then it wasn’t a legal requirement to wear one. When you think about the law today, that is a massive shift. The belt itself is also changing and evolving. The traditional strap over the shoulder trick is the most common, but it isn’t the safest. The safest one is the kind they use in motorsports like rallying. They are full harness belts that go over your head and around the body. It might seem like overkill, but they have saved plenty of lives. So much so that manufacturers are beginning to make the swap. Who knows? In five years time, you could be wearing one.

That’s all for now folks. Hopefully, it’s been as interesting as it has informative!