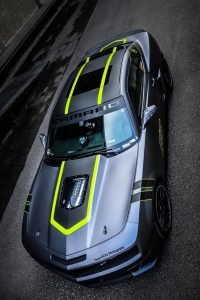 industry for a very long time now. Passionate drivers from all over the world invest time, money and effort into making their vehicles the best ever seen. There are little things in life that would deter them from hitting up Pro Fabrication for the newest piece on the market. An art form in its own right, motor tuning has gained a huge amount of its fan base thank to the success of the Hollywood blockbuster franchise The Fast and The Furious. The hot rides and blazing steel make the cars seen on screen be of a massive appeal for all those passionate about racing. When it comes to tuning their cars, drivers usually split into three categories:

This vehicle tuning class loves everything there is to love about cars but just doesn’t have the time, resources or knowledge to get into anything deeper than paintjobs. Even so, they dedicate large amounts of money to customizing their rides and giving them the freshest coat of paint in town, both literally and metaphorically.  Paintjob designs can range from simplistic and representative to a minimalistic level, to extremely intricate and complex to decipher.

Light modifications can go a long way, as they include things like exhaustion tuning, car interior and even the metalwork on the exterior. However, aside from a few minor technical enhancers, light modifications are mostly aesthetic oriented and only work towards making the car look better or according to the owner’s image of the perfect vehicle. This is the next step after paintjobs in terms of how much car owners are willing to invest or are able to do so. That being said, you can consider paintjobs part of light modifications as well but it got its own category because it represents a stopping point for many drivers.

This category is dedicated to drivers that have all the resources, time and knowledge to fully modify their “baby”. Full modifications refer to unlocking the true potential of a car then enhancing it even further with various technical boosters and modifications. From aerodynamics to engine tuning, everything under the hood can be modified to suit the final build. These are the most expensive modifications and of course, take the most time.

While you can split tuning enthusiasts into categories, they are all the same at the core meaning that they love cars and love what they can do to them. While there might be some debates within the tuning community, everyone can agree that to some degree they are all part of those who like to modify their vehicles and give them their own style.