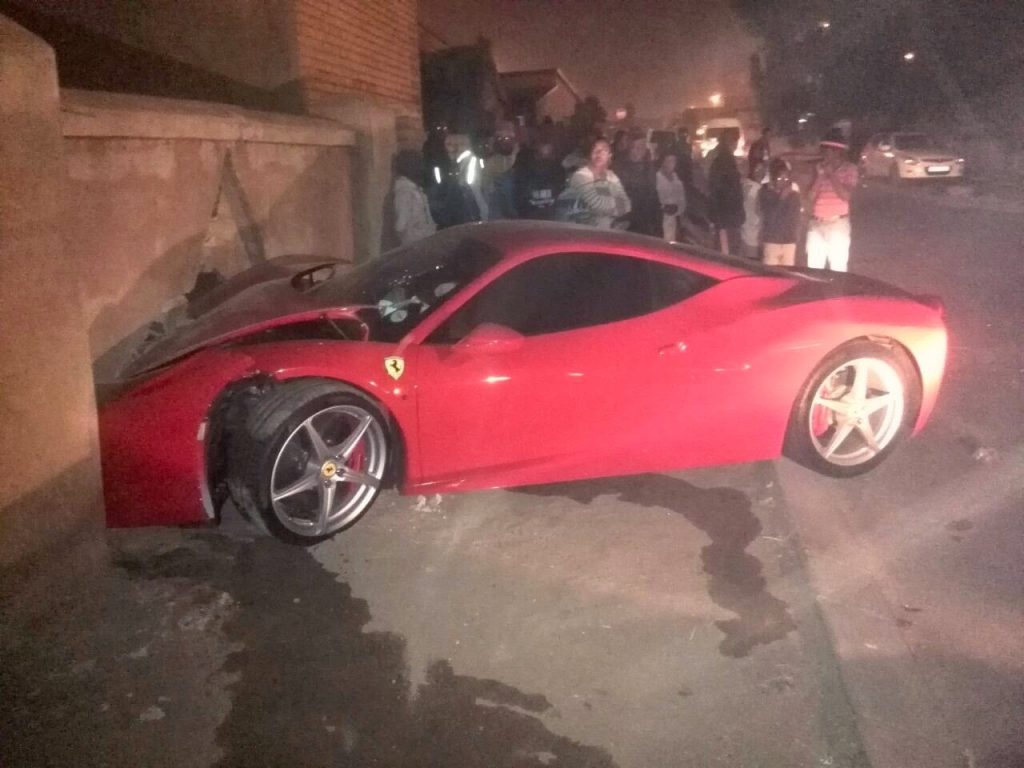 A few nights ago, one Ferrari 458 Italia owner came fetch to his girlfriend from Tembisa which is a large township situated on the East Rand in Gauteng. According to witnesses on the scene, the driver had a fight with his girlfriend when she got into the car which caused him to lose control or concentration. The car veered straight off the road and into a wall of a house at a T-Junction. The driver got out very quickly to apologise to the owners of the house. The recovery truck arrived a short while later to take the injured supercar away. As you can see by the photos, this attracted a fairly large crowd. No injuries were reported but the owner is going to pay a pretty penny to get this Italian machine back to showroom shine (if it ever does get repaired). 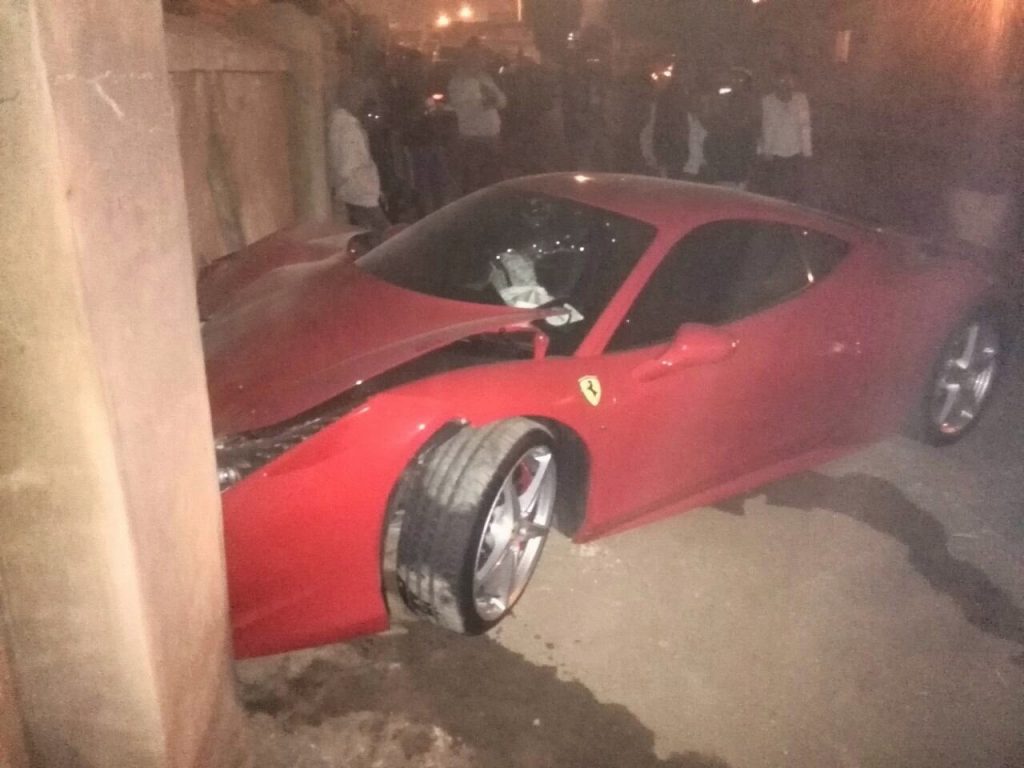 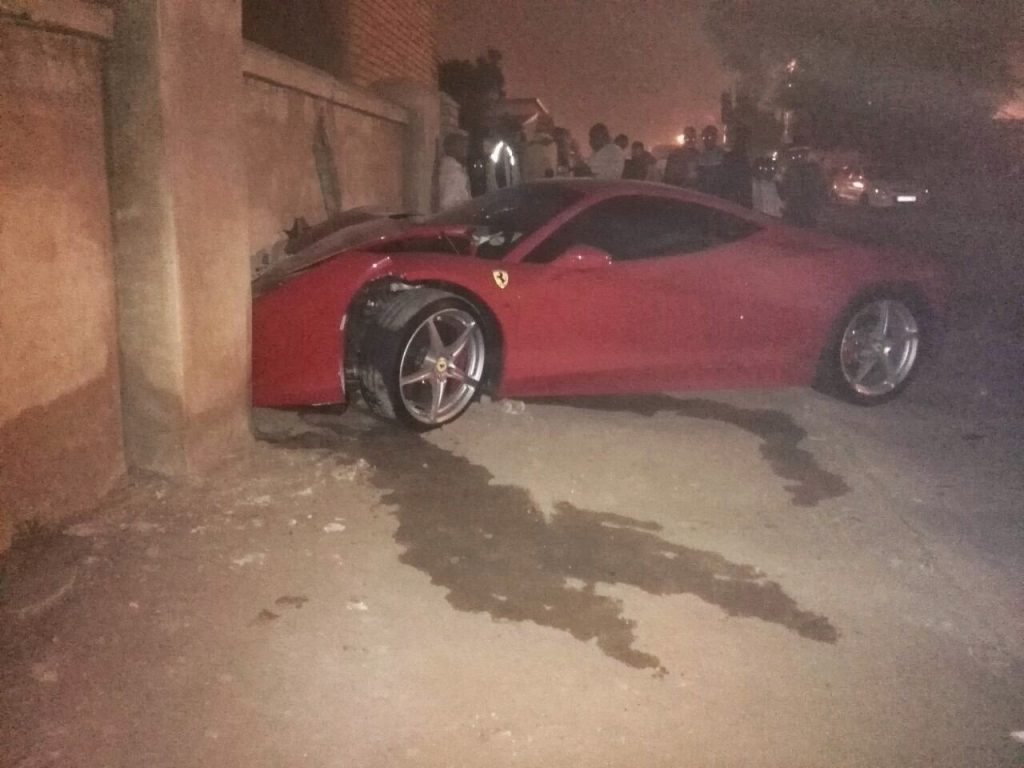