Share
Facebook Email Twitter LinkedIn WhatsApp Telegram
Volkswagen have decided that they will enter the WRC in 2013 with their new addition to the VW family. The Polo R WRC. Before the Polo fans get too excited, you will not get a chance to drive one or own one. They are only making 1 for the rally championship. Of course it is 4WD and the 1.6 TSi engine will shove out 300hp and 220 kW of power. The new rules for the WRC state that turbocharging is now allowed and this means that the cars will become even more savage on the twisty turns of the various WRC stages. Being a Polo owner myself, this car looks absolutely fantastic and if they plan on doing a “hotter” version of the GTi I strongly recommend that they take some styling from this. Minus the 12ft rear spoiler though…
zoomproperty.com 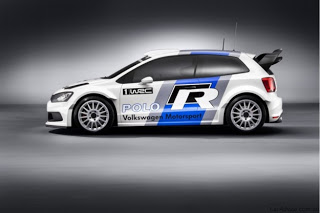 “Volkswagen had success in rallying in the 1980s, with Kenneth Eriksson and Peter Diekmann winning the world champions title in 1986 in a Golf GTI 16V.
More recently, it has dominated the Dakar Rally – considered the toughest motorsport event on Earth – with the Touareg taking out the race for the past three years.” – Source
Share. Facebook Email Twitter LinkedIn WhatsApp Telegram
Previous ArticleProper Racing McLaren… The GT3
Next Article Head 2 Head Hybrids