Someone Chromed a 458 Italia

I only managed to find this now but there was a Chrome Ferrari 458 in the Gumball last year. I really didn’t think anyone had it in them to do this to such a beautiful car but yet again I was proved wrong. It was originally red but now it looks like this. I did however find out that this was only a Chrome wrap and hopefully since the Gumball it has been removed. I must admit that I do love some of the cars which have been fully chromed out but this one should not be touched. It is a work-of-art from Ferrari and should never be altered. What do you think of this one??? 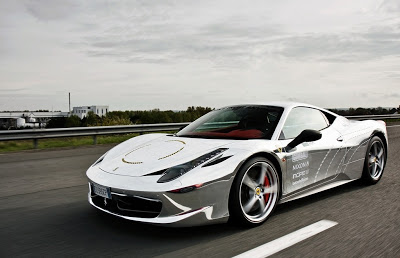