Guest Post: How to Avoid Crash for Cash Scams 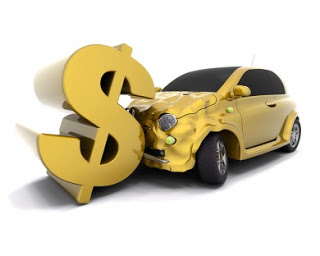 Crash for cash scams are dangerous, damaging and potentially fatal. In the news recently was the death of a young woman who was killed in a collision because of a scam of this nature. While this is the first of this nature to have reached the courts, this doesn’t mean that people haven’t been killed before. Not only are crash for cash scams purposefully damaging innocent driver’s cars, but it also has an effect on everyone insurance schemes by making insurers feel the need to up prices. Here are a few ways to help you avoid being involved in a crash for cash scam.

Drive Safely
Make sure that you are extra diligent in hotspots. More generally, places such as Manchester, Bradford and Bolton are some of the worst places for scammers, but when on the road you should be careful around roundabouts and junctions. Roundabouts can be hectic and heavily trafficked, making it simple for drivers to be lured into a crash, by the car ahead speeding up and braking suddenly, for instance. Junctions are an easy place for someone to pull out in front of you and brake, causing you to crash into the back of them.

Keep a safe distance behind the car in front of you, so that you can see the tarmac below the tyres of the car, if possible ensure a larger distance. If a car seems to be slowing down but the brake lights don’t appear to be working, then try to avoid that particular car.

If You Are Involved In a Crash
Even if you don’t immediately suspect it to be a crash for cash, you should still take note of a few things, just in case. Make a note of the number of passengers; this sometimes increases as the days go by. Try and take a photo of the damage and write down a description of the driver, and get someone nearby to be an independent witness. Your suspicions should be raised if you know the crash wasn’t your fault and the driver acted strangely or they have details all ready to be swapped with you. If you think you might have been involved in a crash for cash scheme, then don’t hesitate to contact the police.

Many crash for cash scammers do so because they want rid of their car but can’t afford to buy a new one, and the insurance pay out from the crash helps them do so. If you’re looking for a new car, look no further than Exchange and Mart for your new and used car needs for good value prices.