A 45 year old man, CEO of an Asian Steel Bar Company, trashed his beautiful Lamborghini Aventador recently when he lost control of the car in the rain and smashes into several electrical poles. It happened near Chomburi on Sukhumvit road. When police arrived, they found the Lamborghini parked on road with all tyres burst after it hit 2 electrical poles and 2 trees. The driver, who was on his way to his fathers funeral, was waiting for the police to arrive and luckily he only had minor injuries. He claims a Great Garuda amulet he was wearing at the time contributed to his lucky outcome. So sad to see an Aventador in this shape but this is not the first time it has happened… See more Aventador crashes. 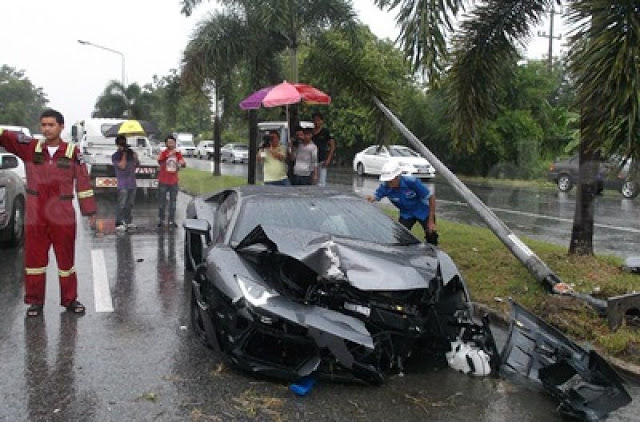