Lexus LFA Successor Being Co-Developed With BMW, Coming Around 2020

A brand new report gives us a little bit more information about the mysterious Lexus-BMW supercar that is currently being developed. A source close to the matter said to Auto Express that although 1000 horsepower is possible, they are targeting a maximum of 800 hp as they are taking into account factors such as engine tolerances, emissions and fuel consumption. They have already completed an all-wheel drive prototype which will spawn a Lexus and BMW production car before the end of the decade. The Lexus is expected to come out by 2020 and will act as a spiritual successor to the highly praised LFA but instead of a 4.8-litre V10, it will feature a detuned version of the 3.7-litre V8 used in the Toyota TS040 racecar. The estimated price tag will be about $243,500 which suggests that it will be offered in limited quantities just like the LFA.

On the BMW side, the same report specifies that it will cost roughly the same amount but it will have an M-developed straight-six twin turbo engine part of a hybrid setup. The exterior and interior will likely be vastly different to the Lexus but underneath they cars will both use the same alumnium spaceframe and carbon fibre tub to keep weight down. We will likely see concept car versions in the near future before the production models are released. 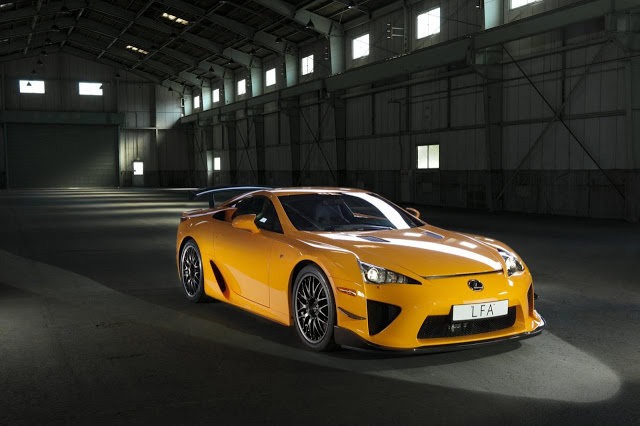 Porsche 991 GT3 RS Spotted In Netherlands With Some Unique Decals

Luxury Cars: Visions of the Future