IBV Supercar Club at 2016 Cars in the Park

The IBV Supercar Club took part in the 2016 Cars in the Park, an annual car show that takes place in Pietermaritzburg each year around May.


Autoboutique hosted the club members at their head office based in Umhlanga from about 08h00, not too far away from the Porsche dealership. A few members arrived late (we think it was an excuse to floor it on the highway, an opportunity that they got en-route to Pietermaritzburg), after a short speech from the Dealer Franchiser for Africa, all the club members mounted up and were ready to go.


Once we got to the N2, as always… We were left waaaaaay behind and decided to race amongst ourselves, a Renault Megane Sport, Mercedes-Benz C180 and a Ford Fiesta ST (really riveting stuff compared to the Aston Martin DB9 GT 007 Edition, Ferrari 458 Italia’s, Porsches, a GTR, McLaren MP4-12C, SLS AMG and Jaguar F-Types) we were laying rubber to the road!


Eventually we caught up with the motorcade just after the N3 Camperdown turn off, only to be left again and eventually catch up thanks to traffic (you would really think the drivers would want us in front of them huh? Oh well). It was our first time at Cars in the Park and boy were we amazed. There were over about 2000 cars there on display, not counting the about 1000 cars that were parked in the public parking area. We saw everything from Ford GT’s to Fairlanes, Pontiacs, a rare 1961 Mercedes-Benz 190 SL Convertible and so much more. It was really a Hugh Heffner show… lots of car porn.


We cannot wait for the next show to come and for that show we promise to do a few interviews with owners and get a chance to review some of the cars! 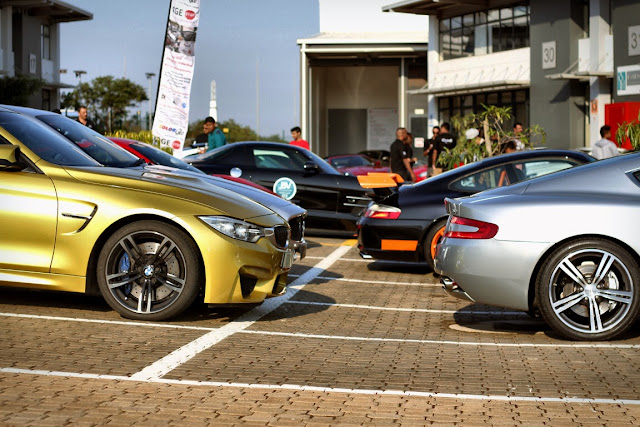 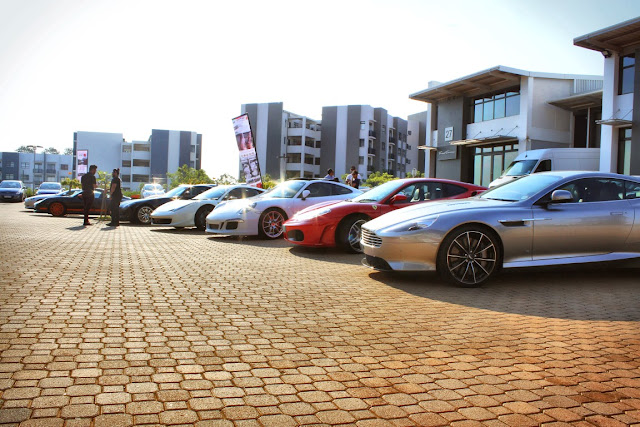 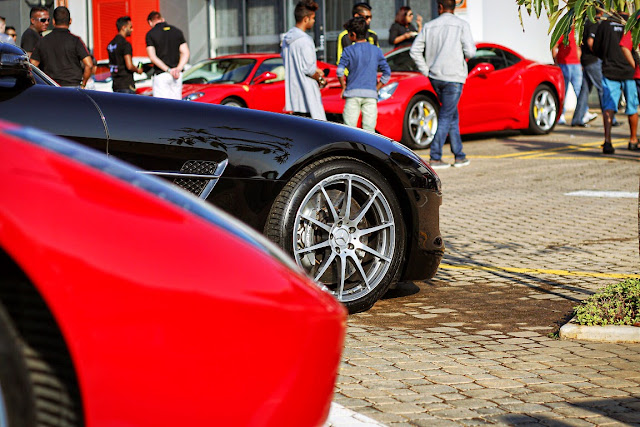