Meet The Most Expensive SUV In The World – The Bentley Bentayga

What car would you buy with 230,000 dollars? An SUV might not be top of your list, but that’s exactly the price tag Bentley are charging for their new Bentayga. 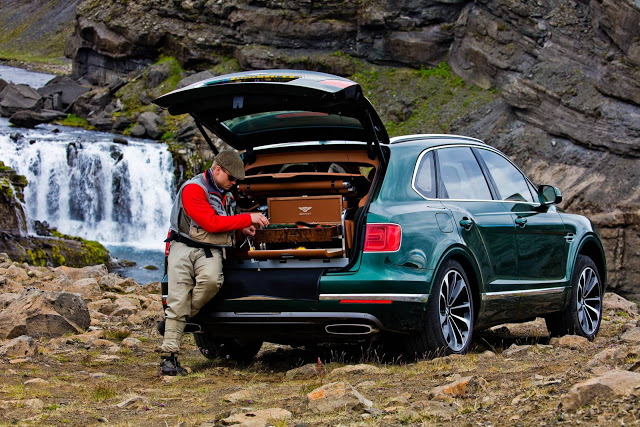 The entire concept seems strange on the onset. Bentley is after all a manufacturer associated with chauffer-driven smooth driving and luxury, not the rough-and-ready off-road driving though the dirt and mud that SUVs are associated with. Could they really pull off such a vehicle and justify such a high price?

The Bentayga certainly seems to have a lot of things going for it. As with all their cars, it’s interior is the plushest of the plush – including wooden veneer panels and hand-stitched leather. As for it’s off-road capabilities, Bentley does certainly seem to have pushed the boat out in this respect too. The chassis alone has eight settings in total to cover all terrains from snow and grass to sand dunes. There’s also an Electronic Active Roll Control System to stop the vehicle toppling over when driven to the extreme.

The Bentayga also has some extra tricks up its sleeve. For one, it can reach a mighty 180mph – making it one of the fastest SUVs on the planet too.

You can see where the audience may lie. It’s the ultimate batmobile for every high-flying young person out there that wants to be Bruce Wayne, delivering class and thrills. Certainly, a muddy Bentley may not be a good look, but with the money to afford such a car, you could most likely afford your own automatic car wash too. Or, you know, get your butler to do it.

There are some pitfalls to this vehicle. In it’s attempts to be a jack of all trades, general handling seems to have taken a knock. Despite its speed, it doesn’t quite take corners like a Continental GT and there has been criticism when it comes to steering response, perhaps largely down to the amount of electronics involved causing it to feel robotic.

For a luxury SUV with a more human and visceral feel, you might be better off saving fifty grand and getting a Range Rover Sport SVR or a Porsche Cayenne Turbo. However, whilst these cars may give you better handling, you won’t get the ridiculous top speed or added luxuries of the Bentayga. In many ways this is a benchmark vehicle, but you have to ask yourself who would really get the use out of such a car. Saudi billionaires who want to travel to a meeting in luxury but also want to take a shortcut across the desert? Few of us realistically need to travel in style and travel ruggedly off-road – and we’d probably rather choose another vehicle for either purpose.