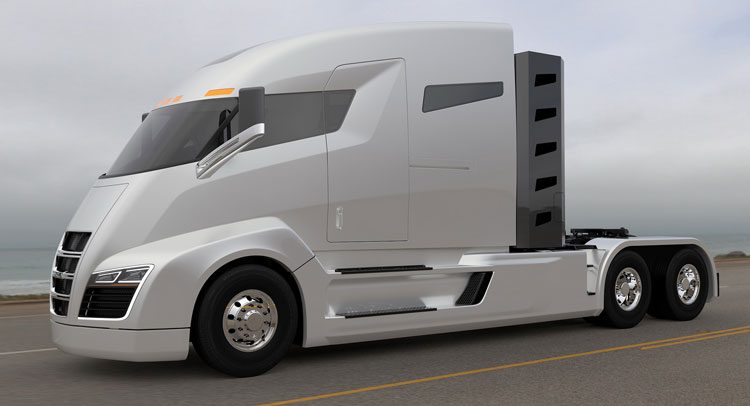 We already know how important electric cars are to help save the environment but have you stopped to think about how damaging the incredible number of trucks are too?

Well there are a few companies out there who are well on their way to provide full electric trucks for the future and these are the main contenders.

Tesla Semi is a heavy-duty all-electric truck program bring led by Jerome Guillen. He used to be the Model S Program Director and VP of Vehicle Engineering.

As with most of Musk’s upcoming vehicles, details are a little bit scarce but this is that he had to say;

“In addition to consumer vehicles, there are two other types of electric vehicle needed: heavy-duty trucks and high passenger-density urban transport. Both are in the early stages of development at Tesla and should be ready for unveiling next year. We believe the Tesla Semi will deliver a substantial reduction in the cost of cargo transport, while increasing safety and making it really fun to operate.”

Musk referred to the same timeline for unveiling and production as the other vehicles which means an unveiling of the concept in “6 to 9 months”, which should mean in early to mid-2017. It is expected to be in production within the next 3 to 4 years (2019-2020).

Emoss provides electric trucks as a bare chassis (from 7 up to 24 tons) or full truck for distribution, garbage collection, container transport etc. The modularity of their e-Truck design allows you to customize the vehicle to your exact needs. With battery packs providing a range up to 300 km in practice, EMOSS has set the bar with electric trucks around the world.

Nikola have unveiled the Nikola One which utilizes a fully electric drivetrain powered by high-density lithium batteries. Energy will be supplied on-the-go by a hydrogen fuel cell giving the Nikola One a range of 800 –
1,200 miles while delivering over 1,000 horsepower and 2,000 ft. lbs. of torque – nearly double
that of any semi-truck on the road.

Just go ahead a read up more about these companies and how they are changing the trucking game and the impact on the environment. It is staggering to see how fast the trucks and the trucking industry have changed.