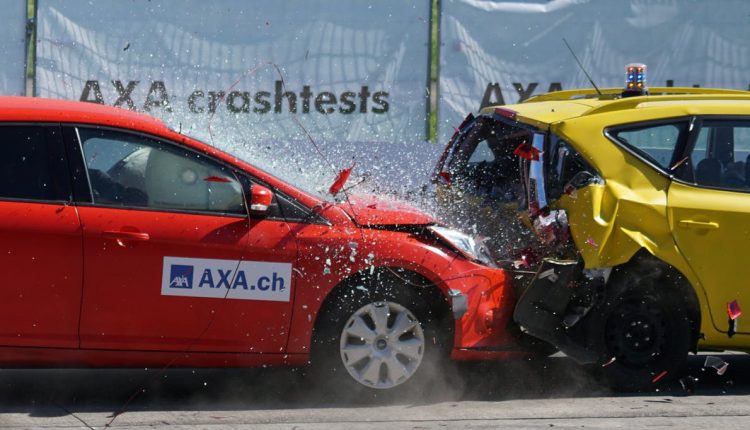 Technology is fantastic. We’re always finding new ways to utilise technology for the sake of entertaining ourselves, keeping us safe from harm and even giving us new ways to be productive. For example, the introduction of the smartphone is probably one of the most influential things to shake the world, and it was possible because of advances in technology. After all, who wouldn’t want a small handheld device that is capable of making calls, accessing the internet, showing us maps, playing music and even taking photographs and video? They’re swiss army knives for the modern age, and it’s rare to see someone that doesn’t own one.

However, technology doesn’t always prove to be as useful as people make it out to be. One of those areas of technology advancement that hasn’t necessarily made our lives easier is in vehicles. Nowadays, you can buy vehicles with a host of useless features that really don’t need to be there. They’re attempting to turn our cars into swiss army knives too, but the smartphone is already perfectly capable of that. Integrated GPS systems are a pointless waste of money considering our smartphones can do the same job, and we can still use portable GPS systems if we want to avoid using the battery on our phone.

The worst types of technology are the ones that promise to offer you something, such as improved safety in order to prevent a car accident, but fail to deliver because manufacturers don’t seem to understand why they happen in the first place: negligence and distractions. No matter how many computers and warnings you put in front of a careless driver, it doesn’t change the fact they aren’t careless. You could make a car slow down if it senses someone, but the time it takes for a car to stop means that the careless driver is still going to collide into someone because they weren’t watching the speed limit.

Computers are not a replacement for good driving skills

You can say what you want about new self-driving vehicles, but it’s not like they are completely safe either. In fact, roughly 78% of US drivers in 2017 felt afraid to ride in a self-driving vehicle. Not only does this technology cost a lot of money and take a lot of planning, it’s also giving up your control in favour of letting a computer drive for you. While this seems like a fantastic idea, one of the core concepts of driving is your awareness and ability to keep your eyes on the road. Many of these new features in cars, such as night vision, proximity warning and pedestrian tracking, often require you to avert your eyes from the road and instead look at a screen on your dashboard. This is counter-intuitive and until companies integrate this technology into the windshield as a heads-up display, it’s pointless and serves as a distraction much like your smartphone would.

The key to good driving skills is practice, experience and knowledge. You don’t need a pedestrian tracking system to be able to tell there’s someone in front of you that is being careless. You also don’t need a computer to beep at you when someone is passing you to the left or right. Not only can you see them clearly, you can also hear engines cars roaring past. Assuming you have control of your senses and you use them correctly, you don’t need a computer to do these things for you. In fact, it somewhat takes away from the skill involved in driving and if you rely too much on these computer systems, then you’ll be handicapped and unable to drive when there’s a glitch in those computers or when you’re forced to drive a rental that doesn’t have all of the fancy gizmos and systems of your modern car.

As much as these safety features are appreciated by new drivers, the last thing we want to see is an entire generation of drivers that rely too heavily on computers to look after them. We’re already seeing a massive shift away from manual transmission and very few casual drivers bother learning how to drive stick because it’s just not needed. The more control we give away to a computer system, the less we’ll feel like we’re driving and the more we’ll feel like we’re just a passenger in an automated car.

Taking lessons again can be daunting, but a course in defensive driving can do wonders for your awareness and knowledge. It’s important to understand how you can stay safe on the road, and that doesn’t mean just looking at your own driving—it also means looking at how other people drive. If you notice that someone is driving extremely dangerously in your rear view mirror, then why not give them space? This is only achievable with knowledge, experience and awareness. Many drivers that let computers dictate how they drive probably won’t be able to see the insane driver behind them because they’re not paying attention. They’re not looking around to determine what’s going on, and they’re not trying to be aware of their surroundings.

You probably don’t need to learn how to drive all over again, but it’s important for you to get used to not relying on your computer systems. You can’t blame the computer if something goes wrong and your awareness and attention to the road is the best thing to train. If your car has automated safety systems, then keep them on for your own needs, but try not to rely on them as much as before. Pay closer attention to the road and utilise your senses in order to get a better feel for the road. You need to maintain the same speed as people around you, you need to ensure you aren’t tired or under the influence of alcohol while you drive, and you need to look at your mirrors to get a good idea of what’s going on around you.

Practice driving without having to rely on these modern car safety features and you’ll find that it can be easy, enjoyable, and you’ll feel like you have more control over your vehicle. Having control over your situation is ultimately what will save you from a fatal accident in the future.

Advantages of improving your awareness

But you might be thinking: why should I bother if these safety systems are good enough to keep me safe? For starters, it helps to reduce the cost of buying a car. Many of these safety features are built into high-end models or recent vehicles. If you don’t want to spend extra money on one of the latest cars, then open yourself to the option of buying a used car from an earlier year. It might not have all the same features, but it will still be driveable, it’ll be fantastic quality and value, and you can even explore older vehicles and drive them around if you have a passion for automobiles.

You could make the argument that having safety features can reduce your insurance costs, but many insurance companies actually don’t take these modern safety features into consideration. This is because they’re unsure whether these features actually provide drivers with more safety or not. It’s untested because they’re so new, and if they don’t actually help to make the road a safer place, they’re basically useless investments. What will reduce your car insurance, however, are simple safety features such as sturdy seat belts, airbags and anti-theft features to prevent your car from being stolen. As long as you have these features in your car, you’ll get the best discount available from safety features.

Lastly, being a safer driver ultimately means you’re more knowledgeable about the road. This is great if you plan to have children or want to teach your children how to drive. Teach them not to rely on the computers, but instead their own senses. You can demonstrate how relying on your own control of the vehicle can save your life, and you can teach them good driving habits such as removing distractions and not multitasking.

As you can see, there’s no replacement for good driving skills. Even insurance companies aren’t willing to lower insurance costs if you have these modern features in your car, so why should you place your faith in them? The answer is you don’t. Rely on your own senses and skills to get you from point A to B safely, not a computer.