Cars Are Now Safer Than They’ve Ever Been! 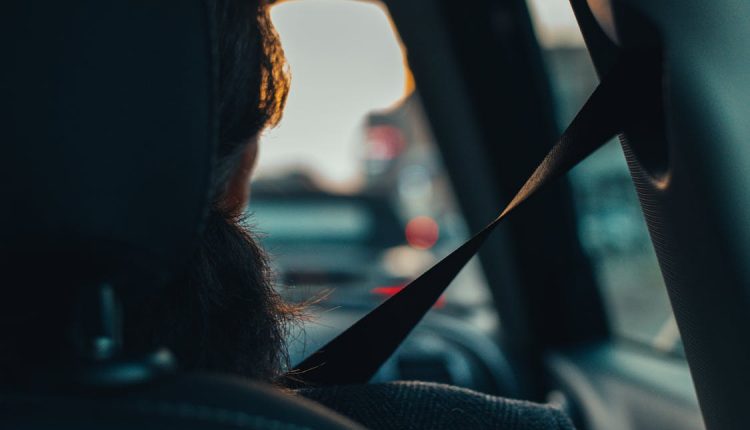 Anyone who’s ever been in a car either with someone who is just learning to drive or as someone who is just learning to drive knows how scary it can be. The first time you ever get behind the wheel you suddenly realize just how vulnerable you feel. You might have been a passenger in cars your entire life and never even realized just how potentially dangerous they can be. After all, they are two-ton pieces of metal that are hurtling around, often at incredibly high speeds. There’s a reason why so many people consider cars to be such terrifying machines. However, even if people do feel that way about cars, that doesn’t mean that that’s the reality. Sure, cars can potentially be dangerous, but in reality, they’ve never been safer than they are right now. Thanks to many of the modern advances that have come from the automotive industry, being a driver or a passenger involve far less risk than even a decade ago. In order to set your mind at ease and stop driving from being a constant source of fear and anxiety, here are some ways in which cars are now safer than ever before.

One thing that a lot of people hear about a car that they may not fully understand is the concept of a crumple zone. Surely that’s not something you want? Wouldn’t you want a car that’s going to be as sturdy and strong as possible, not one that’s going to fold like tissue paper in the event of a crash? Well, in reality, it’s a whole lot more complicated than that. These days, pretty much all cars are designed to have specific areas that can take the brunt of an impact. The front of the car, for instance, is often made of a softer, more lightweight metal that will crush under the force of a crash. This absorbs that force and prevents it from traveling too aggressively through the rest of the car. This allows you and any passengers to remain safe, even in the event of a crash. The metal that they use often gets stronger the closer to the passengers it gets, essentially creating a barrier between you and the areas of the car that are designed to absorb the impact.

These days, there are entire divisions of car manufacturers that are specifically dedicated to smashing the vehicles against walls and obstacles, attempting to reduce them into little chunks of metal and plastic. Why are they doing this? Because if you know what happens when a car hits the wall at high speed, you can figure out ways to make it safer. Installing a set of airbags isn’t going to do any good if you’re not able to make sure that they deploy under the right circumstances. A crush zone is pointless if the shock will stick travel into the main body of the car and badly hurt the people inside it. By testing cars over and over as rigorously as possible, manufacturers can create safety protocols to cover just about every single eventuality. That way, no matter what happens out on the road, your car is ready for it and will keep you as safe and protected as possible.

You might think that the safest thing possible would be for a car to be as thick, heavy and sturdy as possible. After all, if you’re essentially driving around in a tank then you’re going to be as safe as possible, right? Wrong. Look back at the cars of the 1950s, they were incredibly heavy, and they were far less safe than the cars that you’re driving around in these days. One of the most important things that have adjusted the safety of many cars is the steel that is used in their construction. Steels used in car manufacturing are getting stronger and stronger. This means that cars are able to be lighter than every which actually helps to minimize the shock from an impact. This, combined with the use of things like aluminum in crush zones, and carbon fiber means that cars can withstand more punishment than ever before while always keeping passengers totally safe.

For the longest time, there was one thing that you simply couldn’t account for when making cars safer: human error. Of course, human error is, unsurprisingly, still the lead cause of accidents and injuries on the road. People like David Christensen car accident attorney are fully aware of the dangers that other drivers pose which is why he’s dedicated his career to supporting those who have been the victim of car accidents. However, there are ways in which you can make yourself safer and more responsible on the road. There are training courses that teach driving skills far beyond that which you need to learn just to get your license. And insurers often insist that you keep a black box in your car to monitor your driving, meaning that driving safely can offer bonuses and driving dangerously results in raised premiums.

Cars have always been a lot of things, but they have never been smart. They would respond to the gas pedal and the brakes, but they were never able to do things without your input. However, these days cars are getting smarter and smarter, with plenty of innovations helping to improve your overall driving experience, particularly in regards to safety. Your car can now tell you if you’re cornering too aggressively, or if you’re about to hit another car while you’re parking. Sure, they’ll never have the reflexes and awareness of a human being, but they can help you avoid any accidents that might happen because of you being distracted.

Of course, it is important to remember that no matter how much car manufacturers, insurers, and educators attempt to make cars safer, the only real way to prevent something dangerous from happening is to be as careful as possible out on the road. Drive defensively and never let yourself get distracted while you’re behind the wheel. As long as you’re careful, you’ll be able to get to where you need to go without any trouble at all.