Ford Ranger: Tricking The Most Popular Truck In The World

There are a thousand reasons why the Ford Ranger is the most popular car in the world. However, the fact they got everything right with this timeless beast is also it’s biggest curse because, when you buy a Ranger, you are buying a car that looks identical to 78.9% of other cars on the road. 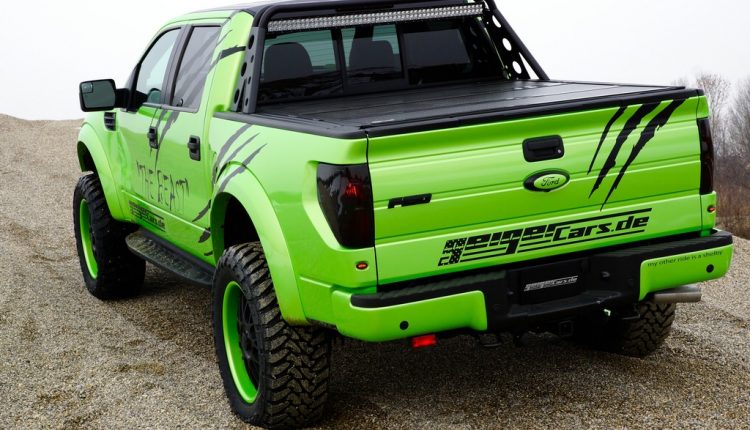 But before you let this put you off and walk into a Dodge dealership to get the new Ram 1500 – or something equally crazy – it could be worth your while to jump on the latest fad to swallow the trucking world: tricking.

The reason customising trucks has become so popular is partly because there is so much that can be modified and partly because tricked-out trucks look so badass. Of course, as anyone who has ever stepped into a restaurant will tell you, choice can be the most horrendous thing in the world. So when you are staring down the barrel of modification options it can be quite hard knowing where to start. Until now:

Nothing can make a truck more unique than a custom paint job. That’s a fact. Like an actual fact. The kind we used to get as default. Yes, this can be a little expensive, but there are ways to go down the paint job route without having to worry about paying next month’s rent, such as adding a speed stripe to your wagon. If money is no object, though, then why not go wild. Try out pearlescent paints, look at vinyl, look at different color schemes and consider a full wrap.

It’s All About The Grin

One of the most attention grabbing focal points of all trucks, even more than their size, is their grill. That is what people will meet head on when they are driving down the road. That is the most imposing part of your imposing Ranger and that is why you should swap out the factory one. It could be a change of color, a change of pattern or material or even a whole new style. Whatever takes your fancy, really. Just make sure it is not the same as everyone else’s or what was the point.

Light The Wagon Up

One of the most cost-effective ways of making your Ranger stand out from the crowd is to upgrade the lighting. A great way to do this is to some XenonHIDs to the front and an LED tailgate to the back. But don’t think you have to stop there because the world is your oyster on this front. It could be that you go down the enforcer look at adding a row of spotlights above the cabin, or you could swap out your fog lights, and even install running lights. All that and we haven’t even mentioned the under glow lighting of the late 90s which, believe it or not, is making a comeback like no other.

Cover Up Your Booty

Different people have different names – camper shells, caps, Tonneau or bed covers – but the need for these remains the same across the board. Not only is this a great way to personalize your Ranger, it is also a great way to improve the security and efficiency. That makes it a bed cover the best kind of triple threat ever invented. Stainless steel, matt black, electric lifting or hydraulic raising; it doesn’t matter. It will look cool and it will make your beast about 12% more efficient. That’s gotta be music to your ears.