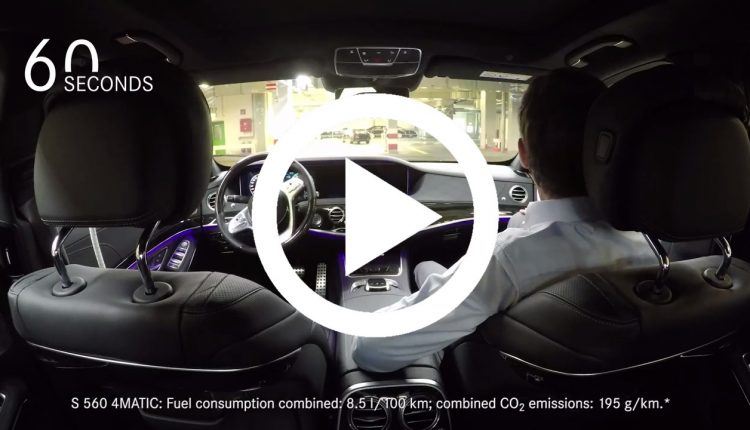 The facelifted Mercedes S-Class will be launched in Europe later this month and it features an assortment of updates. Notable changes include revised styling, several new engines and most importantly upgraded technology.

One of these tech features is the “self drive” ability and it has been demonstrated to perfection at their Sindelfingen factory after a new S560 4MATIC drove itself off the production line and into the loading area of the plant (1.5 km).

Markus Schäfer who is a member of the Divisional Board was the lucky passenger during this stint and it is not just a party or marketing trick either as they are apparently exploring options to use the system to increase automation and efficiency.

According to Schäfer, “The new Mercedes-Benz S-Class sets worldwide standards for safety, comfort, connectivity, and is on the road to automated driving. The S-Class’s independent journey from the production line to the plant’s loading area shows the future of how we will be able to use driver assistance systems in production.” He went on to suggest, that in the future, models could be able to drive themselves off the assembly line and then travel directly to the owner’s home.