All About Air-Conditioned Seats 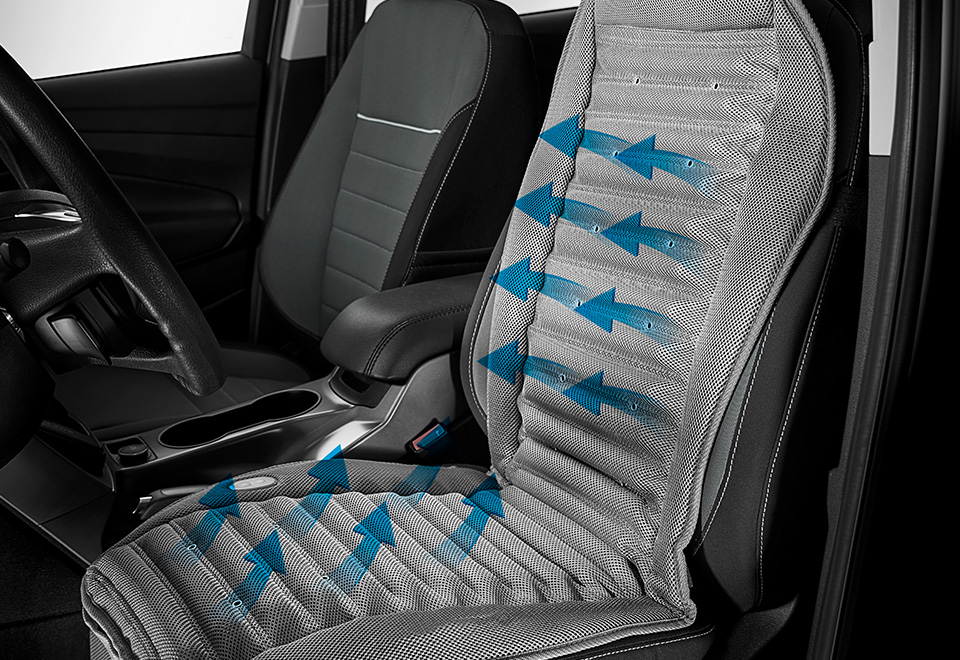 How does air-conditioned seating work? Does the seating still use a central car air conditioning system? How does the air get out of the seat so that it can cool the individual sitting in it? We will answer those great questions and others below.

The basic model for air-conditioned seating, created by staff at the Department of Energy’s National Renewable Energy Laboratory (NREL), works like this: The seat’s fabric is a porous mesh. Many fans inside the seat create air circulation that blows through a diffusion layer to spread the cooling effect throughout the seat and outward through its mesh, cooling the surface. Your car seat blocks your body’s built-in cooling system. A seat pressing against your back and bottom prevents the water vapor from making its way out, causing it to create sweat. But the porous covering of an air-conditioned seat lets a body’s natural cooling system work.

But some air-conditioned car seats also have a cooling element. Like many air conditioners, they work on a compression, condensation and expansion cycle. Air conditioning works on an easy principle: When a gas (in this case referred to as a refrigerant) is compressed, it gets warmer and upon expansion it cools. Until recently, the gas used much the time as a refrigerant in air conditioning systems was a chlorofluorocarbon (CFC), or Freon, the commercial name for manufactured by DuPont. However, Freon has been mainly replaced in car air conditioners by the hydrofluorocarbon HFC-134a.

In an air conditioner, gas is run through a compressor. Then it goes through a condenser where it cools into a liquid, shedding its heat in that process. (The dissipated heat is released outside the vehicle’s cabin.) Finally, the cooled liquid heads through an expansion valve, where it converts back into a gas. The process occurs in a closed loop consisting of coiled tubes, so that it may be done over and over. According to West Valley of Canoga Park, CA, air is forced past the part of the loop with the cold gas and is chilled. Interesting, right?