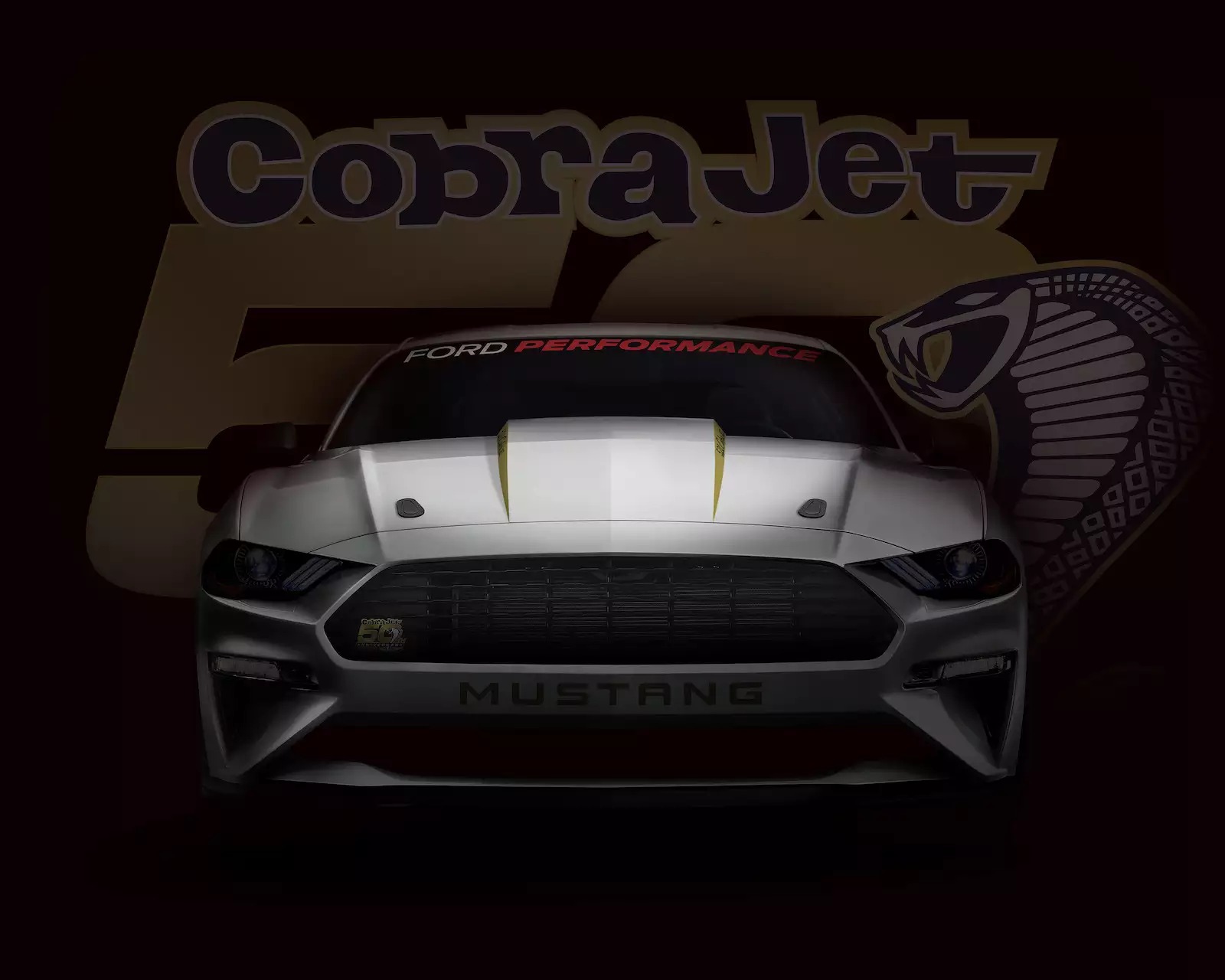 Ford has just released some new information about their purpose-built, drag strip-only Mustang known as the Cobra Jet.

They are claiming that the new Cobra Jet will be the fastest car in a straight line with the iconic stallion badge on it with a predicted quarter mile time of mid 8 seconds at a speed of 150 mph (241 km/h).

Powering this drag-racing beast is a supercharged 5.2-litre Coyote V8 with an estimated 1000 horsepower (no output figures have been provided). As for the suspension, there is a multi-link set-up out front and a 9-inch live-axle beam at the rear, with coilovers all round to keep the Weld Racing wheels grounded. Inside, a NHRA-certified roll cage is fitted to ensure the occupants’ safety in any potential accident.

Ford will only be offering 68 examples with the full specification being released in due course.