Aston Martin DB11 Is Hotter, Faster And Louder With The AMR Badge 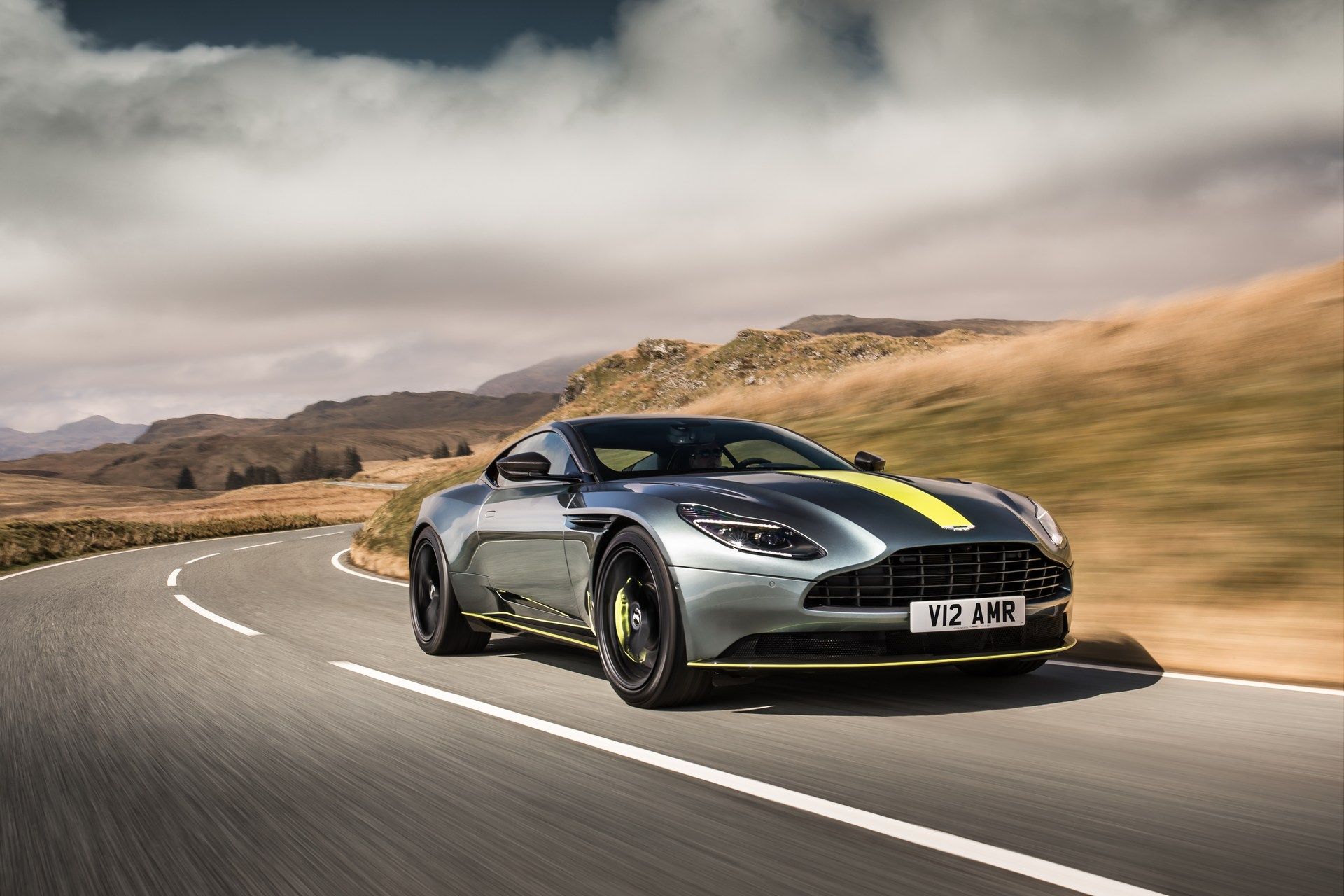 A short while ago, Aston Martin gave us the new DB11 set to redefine the British sports car manufacturer’s concept of making their cars drive as beautifully as they look, and the 600 horsepower (447 kW) sports GT did just that. And now, less than two years later, Aston has livened up the DB11 and gave it the AMR badge.

The letters ‘AMR’ abbreviate “Aston Martin Racing”, a name that approaches the company’s long and successful motorsport efforts. The DB11 AMR is a hotter, faster and louder grand tourer than the regular DB11. According to Aston Martin, the AMR aims to bring “a new dimension of race-inspired dynamism and performance to the DB11 family.”

Aston Martin’s new “consummate GT” retains the same Mercedes-Benz derived 5.2-litre twin-turbo V12 used in the DB11, only in the case of the AMR we’re dealing with a 30 horsepower jump to get 630 hp (470 kW) and 700 Nm of torque. The extra power, along with a bit of reprogramming to the ZF eight-speed gearbox enables the AMR to hit 100 km/h from standstill in 3.7 seconds, cutting the DB11’s spring time by 0.3 seconds. With the additional help of some aero tweaks, the top speed is raised to 334 km/h. The car will also sing better in the process, thanks to a wakened exhaust that creates what Aston says is a “more vocal” car.

Dampers have also undergone some upgrades. Although details are scarce, Aston Martin says there is now “a greater sense of connection without harming the supple ride.” The DB11 AMR promises to be an undoubtedly better package than the normal DB11 (that’s if you can ever call that car normal), and the price backs the statement. This leap from the DB11 claims a £17,095 premium which makes the DB11 AMR a £174,995 car.

On the bright side, the dent on your pocket will not go unnoticed as the DB11 AMR boasts some noticeable cosmetic tweaks. This car is announced by dark detailing. The bright work on the base DB11 is replaced with gloss-black or carbon-fibre trims while taillights and exhaust tips are smoked. The cabin features the same vibe, with monotone leather and Alcantara, along with a lime strip.

The Aston Martin DB11 AMR will be offered in three Designer Specifications, plus 100 units of an exclusive AMR Signature Edition which is featured in the image gallery wearing the Sterling Green and lime livery, resembling the company’s racing efforts. For this level of exclusivity, you will have to cough up £201,995.