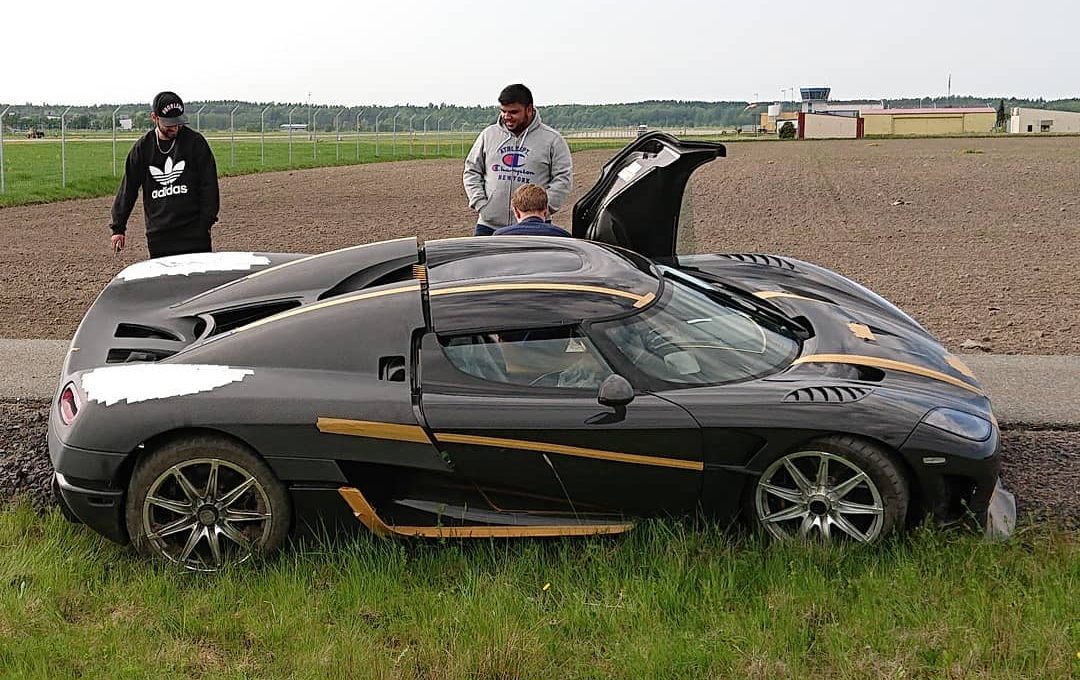 Almost exactly one year ago, the Koenigsegg Agera RS Gryphon was crashed while being tested by the factory driver. Fast forward by a year and the same car has been involved in another incident while testing on a road outside Trollhättan, Sweden.

Prior to the first crash, it was designed and built for collector Manny Khoshbin but Koenigsegg offered to build him a new one from scratch. The replacement, recently delivered and the last of the Agera RS production run, was named the Koenigsegg Agera RS Phoenix. It is understood that the Gryphon was to serve as Koenigsegg’s test mule going forward.

The photos show that damage to the underside of the car is likely to be extensive. The exterior looks to be relatively in tact. Photos show that the Gryphon was likely running without a rear wing at the time.

At this stage, we understand that there were no reported injuries to the driver or passenger. 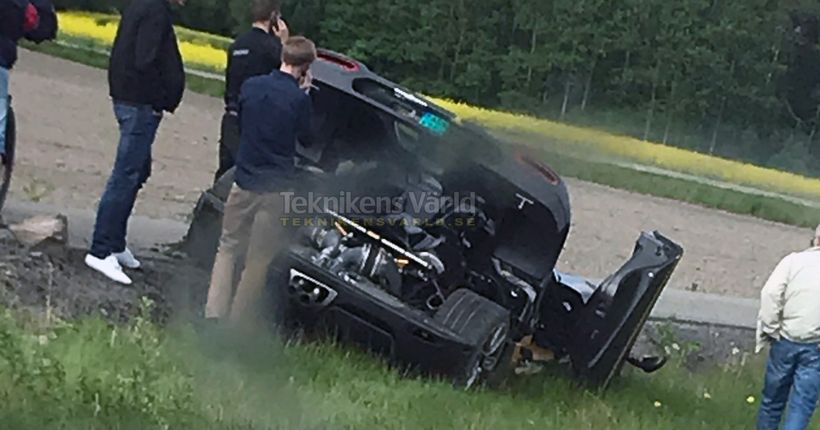