Technology has revolutionized our society and the results are the most visible especially in the automotive industry. AI brings some of the most visible changes that turn our society for the better, regardless of what others may think. The rise of machine learning and smart sensors also make our lives easier. And the automotive industry seems to be one of the biggest beneficiaries of these technological advancements. And, through the history, Audi seems to do a great job at profiting from these. Let’s see how Audi is changing the future of the automotive industry by making great use of technology and smart innovations. 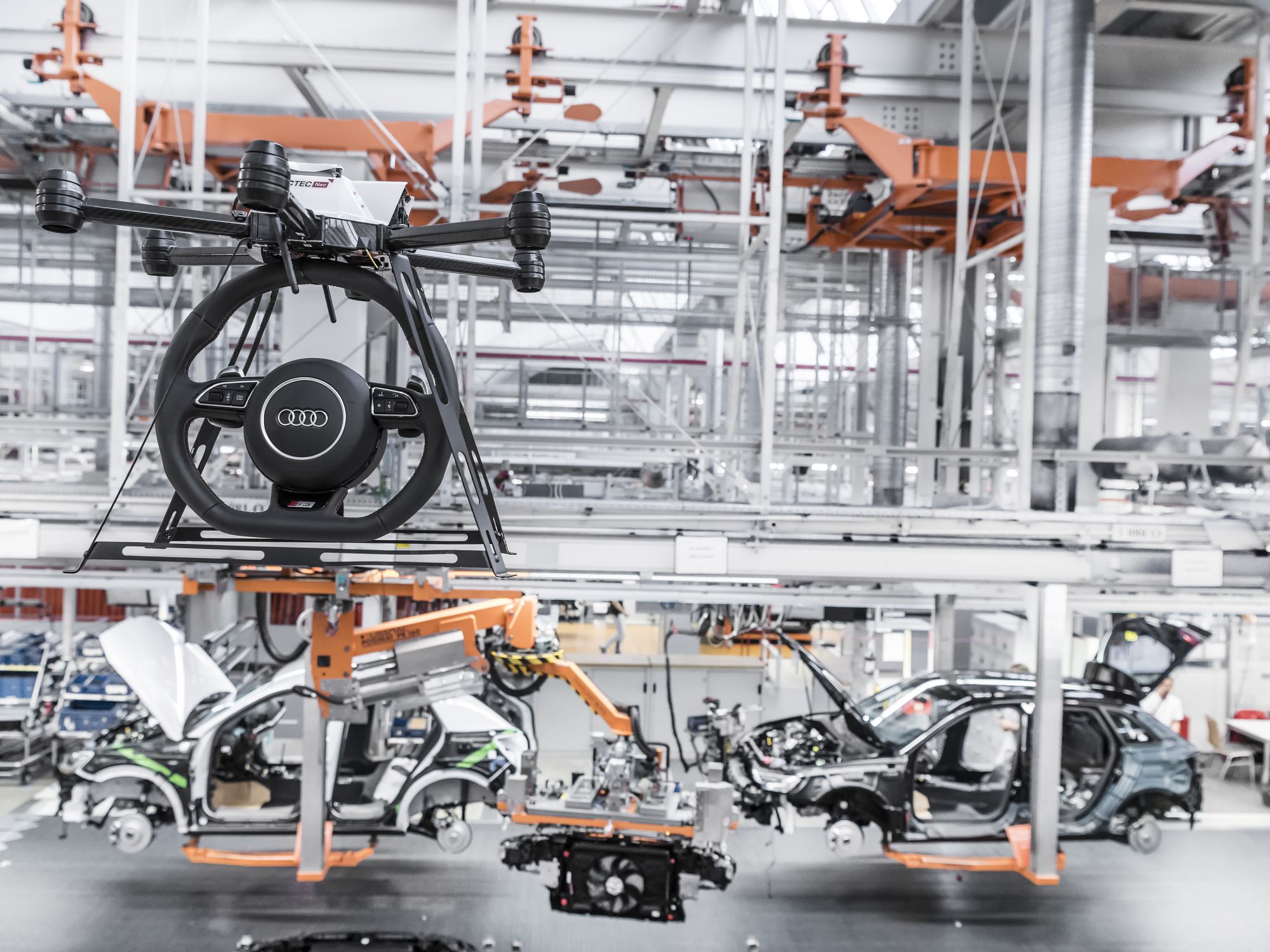 In Audi’s case, big data married AI, and this is something radical for a manufacturer with a deeply rooted tradition and history in the industry.

The German giant seems to be well ahead of its competitors when it comes to blending big data and automation, forgetting about the old traditions and assembly lines. The manufacturer has become one of the most flexible in the car manufacturing industry and it doesn’t give signs of stopping very soon. This flexibility boosts productivity and profitability but also makes the vehicles more reliable and readier to meet the consumer’s needs and expectations.

Putting a stop to the tradition

With typical German efficiency and a taste for productive change, the manufacturer is always ready to revolutionize the industry and differentiate itself from its competitors. While Henry Ford was the first to introduce the first full assembly line in the industry, Audi is planning to change that era and manufacturing method. The manufacturer’s idea of a “modular assembly line” is putting the whole industry on the edge of a new chapter.

The good old production lines may still deliver but at a concerning pace. The strain on the traditional production line is a noticeable one, especially when we look at the way in which automobiles today become more complex and the model diversity grows.

As the production tempo increases, the manufacturer tried to fix the existing issues with the rigid sequential process. The working routines grew in numbers, so keeping up with a complex manufacturing process is fairly difficult in this new, complex context. The fixed pace at which different activities were developing and evolving previously weren’t helping the manufacturer to keep up with the latest developments. Also, this makes manufacturers all over the world lose important time and money in the process.

So, even if traditional production lines hold up, they are doing it with difficulty.

What Audi succeeded with an impressive German accuracy and efficiency is the new modular production like. This makes the manufacturer faster and more flexible, taking full advantage of new working stations and state-of-the-art optimization. The modular production line tools are still developed and perfected, but for Audi, this is the beginning of a new era. At the Audi engine plant in Hungary, the work for cutting-edge technology is assiduous. The technologizing levels in this factory are impressive. The premises are equipped with autonomous forklifts; this decreases the necessary time usually requested by various forklift-operated tasks, but it also allows forklift drivers to manage multiple roles at once. A boost of productivity, this is what Audi got from this technology.

Sooner rather than later, the factory is planning to adopt Driverless Transport Systems, which is also expected to deliver more and integrate better in the modular assembly line. The system should also deliver more accurate and complete tasks. Plus, all workers will be significantly more safe and secure in this context.

A militant for the human-robot collaboration

Another important revolution in the automotive industry is jumpstarted by Audi. Over the past few years, the manufacturer has flirted with the idea of a human-robot collaboration. A human employee handling a Flex Shape Gripper is something we should familiarize ourselves with when we think of this manufacturers’ factories. The robotic arm can hold and pass objects with more accuracy and efficiency than a human is able to and given its impressive movement abilities, it can place various objects and car parts at impressive heights. This reduces the chances of workplace injury quite a lot.

CleverKlaus is another reliable helper in Audi factories from all around the world. The robot is currently helping factory workers to assemble Audi doors with complex cabling. Previously, this was an extremely time-consuming task.

The CES keynote address by NVIDIA integrated into Audi vehicles is due to increase the safety on the road for the driver. And you know what that means. It means more affordable pricing for insurance policies for your Audis. Audi’s Q7 became suddenly very intelligent and intuitive, thanks to this technology. Today, the vehicle is able to orient itself with the help of a front 2-megapixel camera and impressive communication means. The camera communicated with the NVIDIA Drive PX 2 processing unit which controls the steering with incredible precision.

This trains Audi vehicles for autonomous driving, which may turn out to be more successful than competition’s attempts. For piloted-driving, AI is a key technology and Audi seems to be mastering it already in both the production and implementation phase. In close collaborations with its partners, Audi seems to be ready to take the industry by storm and change it to its core.

And you know what else Audi is planning to change through its cutting-edge technological capabilities? Well, the traffic light-vehicle dynamic. Simply put, the manufacturer plans to connect its vehicles to the city infrastructure, which will allow the vehicle to know in advance when the traffic lights are about to change from red to green and the other way around. This is another important step toward autonomous driving.

Audi is mastering technology adoption and implementation, like just like we’re used to. The manufacturer is always searching for new developments and methods that will make the company’s workload easier, but also drivers’ lives safer, more affordable and comfortable.