Morgan Launch The New Plus Six With A BMW-Sourced Engine 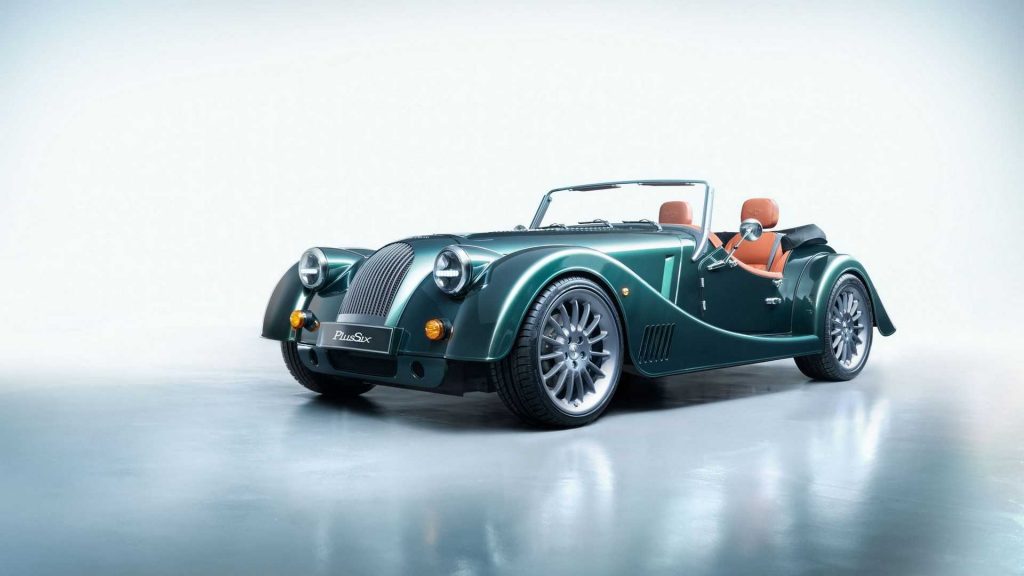 There are many British automakers out there, but the company called Morgan doesn’t immediately spring to mind when one thinks of cars made in Britain. That’s not entirely surprising considering that they don’t exactly bring out new models at a rate of knots. So, we should be getting a bit excited about their newest creation, the Plus Six.

It may not look like it, but the Plus Six is indeed a new car (albeit mostly under the skin). Morgan now implement an aluminium chassis that is twice as rigid as the one they have used previously. As ever with Morgan, no car would be complete without a little bit of wood thrown into the platform too, which Morgan says has no weight penalty, but still seems an odd material to use in this modern age of carbon-fibre and indeed aluminium. All-in-all the Plus Six weighs only 1 075 kilograms.

The engine is the same one you’ll find in the new Toyota Supra i.e. the BMW-sourced turbo-charged, 3.0-litre straight-six. This means it will have a power output of 335 horsepower (250 kW) with 500 Nm of torque. Gears will be changed through an eight-speed ZF gearbox. Coupling that with the low weight, the Plus Six will take 4.2 seconds to reach 100 km/h from standstill and will run out of puff at 267 km/h.

According to Morgan, the Plus Six is, “the most dynamically capable Morgan ever produced,” and is also, “one of the most fuel-efficient vehicles within the Morgan range,” with a claimed fuel economy of 7.4l/100km.