Hold On, This Mercedes-AMG GT Does Not Sound Like A V8 Which Means It Is Not A Black Series 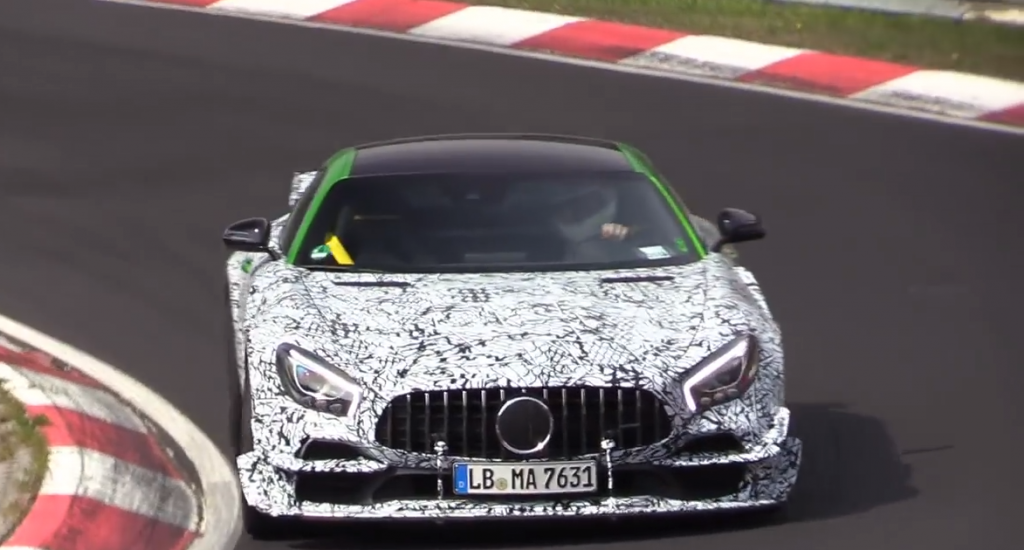 Just yesterday we shared some shots with you all of a Mercedes-AMG GT prototype testing at the Nurburgring sporting the most extreme aero we have seen to date. Naturally the automotive world assumed it is the most hardcore variant of the GT, the Black Series but a new video suggests otherwise.

The video comes to us from YouTuber CvdZijden, who captured this mysterious AMG GT during a testing session at the ‘Ring. They speculate that this GT has the M256 inline-six used in AMG’s 53-series cars, and that certainly seems like a likely scenario. The sound is quite muted, almost like a four-cylinder, and you can hear a turbocharger blow-off valve quite prominently.

Yes an AMG GT 53-series model would make sense and become the entry-level into this sports car lineup but why would they be testing this car with all these aero components? Note the big splitter with grille-mounted supports and dive planes ahead of the front wheels. It even looks like there’s a dive plane at the back of the front fender, just ahead of the door. This prototype is also wearing the AMG GT R’s “Green Hell Magno” paint, and it looks like it has a similar diffuser and wing, too.

It’s a complete mystery but there is a possibility that this prototype is just a mashup of different things, and not representative of a car meant for public consumption. Perhaps AMG is working on both a V8 Black Series with an aggressive aero package and a new entry-level six-cylinder GT.