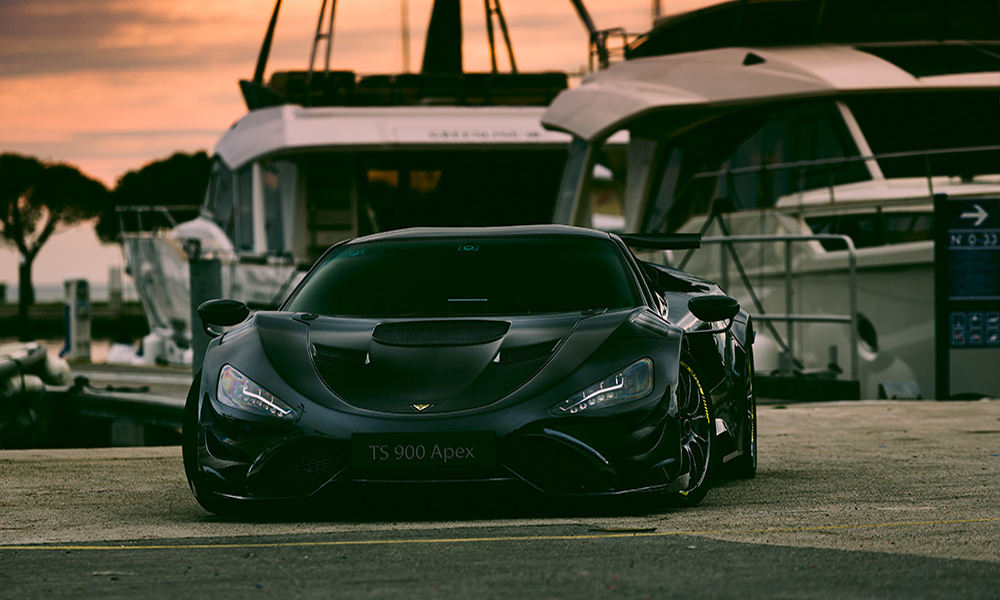 Slovenian supercar manufacturer Tushek has released a hybrid supercar ahead of its debut at this year’s Salon Prive Concours taking place next month in the U.K. Called the TS 900 H Apex, the Slovenian supercar packs a hybrid setup and is good for a top speed of around 380 km/h.

Founded in 2004 by Slovenian racing driver Aljosa Tushek, the low-volume manufacturer last produced the 450 hp (335 kW) Renovatio T500 back in 2012. Seven years later the team is back with more than twice the mechanical strength pretty much tapping into hypercar territory, as the scissor doors and removable hardtop roof may hint. The Tushek TS 900 H Apex is powered by a hybrid powertrain mounted behind the cockpit. The setup consists of a 4.2-litre V8 assisted by a pair of electric motors to produce a combined power output of 950 hp (708 kW) and 1,400 Nm of torque.

Thanks to the carbon-fibre body with a chrome-moly space frame chassis underneath, the Tushek tips the scales at just 1,410 kilograms making it the lightest in its segment with the new Ferrari SF90 Stradale and recently revealed Lotus Evija weighing in at 1,570 and 1,680 kilograms respectively. The brute force coupled with the lightweight body results in 0-100 km/h sprint of an intense 2.5 seconds. According to Tushek, the car will crack 380 km/h flat out again playing well in the hypercar field.

Aljosa Tushek reveals that his team has intensively developed “advanced technological solutions” for the TS 900. “Those developments are now incorporated in our latest model and have been successfully tested in race-track conditions over the past months,” the former racing driver said. To help put that heap of power to the ground the car rides on Pirelli Trofeo Series R tyres that measure 235/35 up front and 305/30 at the rear. Inside the wheels hides a rather massive set of brakes made by Brembo.

Tushek is looking forward to presenting its latest supercar to Salon Prive’s “elite clientele”. The Concours is set to open gates on 7th September 2019 in the U.K. Until then, we’re yet to find out when deliveries will kick off or how much buyers will be spending to secure one.