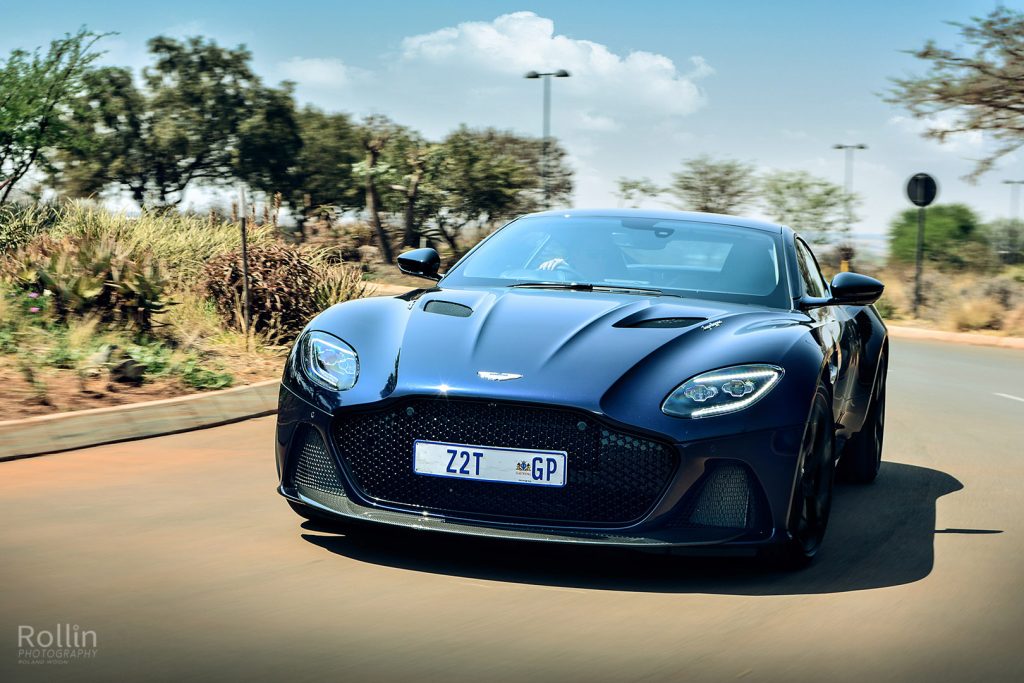 When Aston Martin revealed the DBS Superleggera last year the immediate consensus was that it was one of the most beautiful modern cars of recent memory and I was lucky enough to climb into one a few weeks back for a potent press drive.

Before we get onto the looks an styling of the thing lets recap what is powering the British beast. Mechanically it is similar to the DB11 but thanks to all the carbon fibre body panels, it gets a weight loss of 72 kg over the DB11, bringing its total mass down to around 1,700 kg. The 5.2-litre twin-turbo V12 that sits under the hood is capable of producing a punchy 715 hp (533 kW) and 900 Nm of torque. Power is sent to the rear wheels via a new ZF eight-speed automatic transmission that was designed specifically to handle the extra torque. A mechanically operated limited-slip differential is also part of the package. All this grunt means the super GT will hit 100 km/h in just 3.4 seconds and run to a top speed of 340 km/h.

Yes the numbers say it’s fast and it is, very fast but even standing completely still it looks fast thanks to the clever design and styling. It looks sensational from every angle and you will find yourself walking around it admiring it over and over again. It is wide and low and those short overhangs work so well. There are bulges and creases and muscles all over and although these elements look gorgeous, they also serve an aerodynamic purpose.

Inside you will notice the DB11 blueprint but that is not a bad thing because they made drastic improvements for that model and they carry over nicely to this variant. The DBS-specific materials now err towards carbon rather than wood, and all the infotainment electronics work smoothly.

So what is it like to drive? Well to be completely honest, it is a little intimidating at first. Just as with the new Vantage, the bonnet disappears from view and there is a substantial amount of precious carbon out in front of you that you always fear of clipping something. That aside, you do settle into it rather quickly and it is no more intimidating to drive than a DB11. As mentioned, there is 900Nm of torque which actually has to be limited through the first two gears in the interests of longevity.

Aston Martin set out to make the DBS ultra-useable and driveable, despite its ridiculous amount of power. Part of that process involved fitting it with a set of specially developed Pirelli P Zero tyres and boy do they work well.

Fire it up and you get a lovely bark followed by a sweet hum at idle. Bury your foot in first and you will feel the traction control system telling you to calm down but it scampers away like no other GT I have driven. Try the same thing in third and your breath will be taken away with the sheer acceleration. That monstrous torque is like one of your huge-handed friends thumping you in the chest and the rate at which the speed builds is like nothing I have ever driven. Aston Martin claims a 0 to 160 km/h time of just 6.4 seconds and yes that is crazy fast but it actually feels faster. The crazy part is there is an even faster AMR version in the pipeline.

All that performance does seem to show up the small issue with the gearbox though. It’s a regular automatic and its changes are decidedly slurred and less reactive to your pulls on the large paddles behind the steering wheel. It’s a weakness, certainly, but not a deal-breaker.

It is a Super GT after all and the calmer gearbox might work for some and when you are using it to cruise long stretches of road, the gearbox does its thing perfectly.

The DBS is not cheap to buy by any means with a base price of R5,650,000 but if you work out what you are getting for that, the DBS is a relative bargain compared to the 812 Superfast (its so-called competitor).

The level of standard equipment is high, from usability features such as keyless entry and sports seats to the dynamic appendages including carbon-ceramic brakes and 21-inch forged lightweight alloy wheels. Yes, the options list is long and it can get very expensive but we drove a fairly base spec example and it had more than enough bells and whistles to keep the inner petrolhead happy.

This is one sterling front-engined, rear-wheel-drive GT. Aston Martin has harnessed all that power in a chassis that makes you the master of it, rather than its slave. It means that, believe it or not, this 533kW car is one that you can enjoy genuinely not just on a track but also on the road.