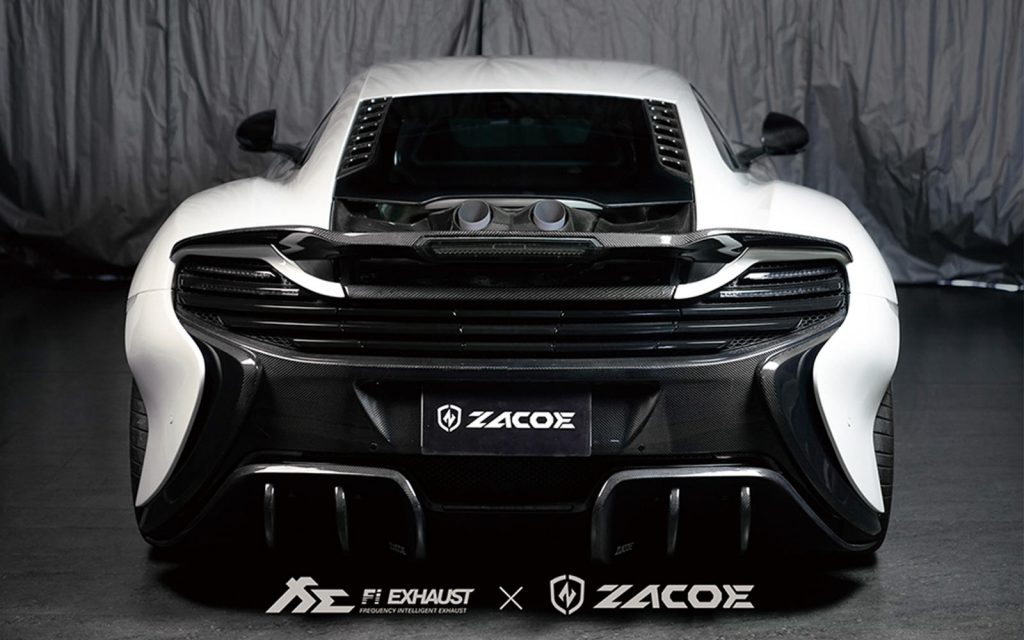 According to some reviews out there, the McLaren 600LT is one of the best creations to come out of Woking in terms of driver engagement and one of the wow features is the flame-spitting top-exit exhausts.

Now thanks to a collaboration between exhaust wizards Fi Exhaust and Zacoe, you can add this radical feature to your 650S or MP4-12C.

It is called the Volcano conversion kit and it replaces the rear-exit exhausts with 600LT-like exhausts out the top of the rear deck. Apparently, if you give it enough stick, you will see the flames spitting out from the exhausts in the rearview mirror.

Such a change in mechanicals requires a change in bodywork too and you will notice a very different looking rear end to the standard 650S or 12C without exhaust exits.