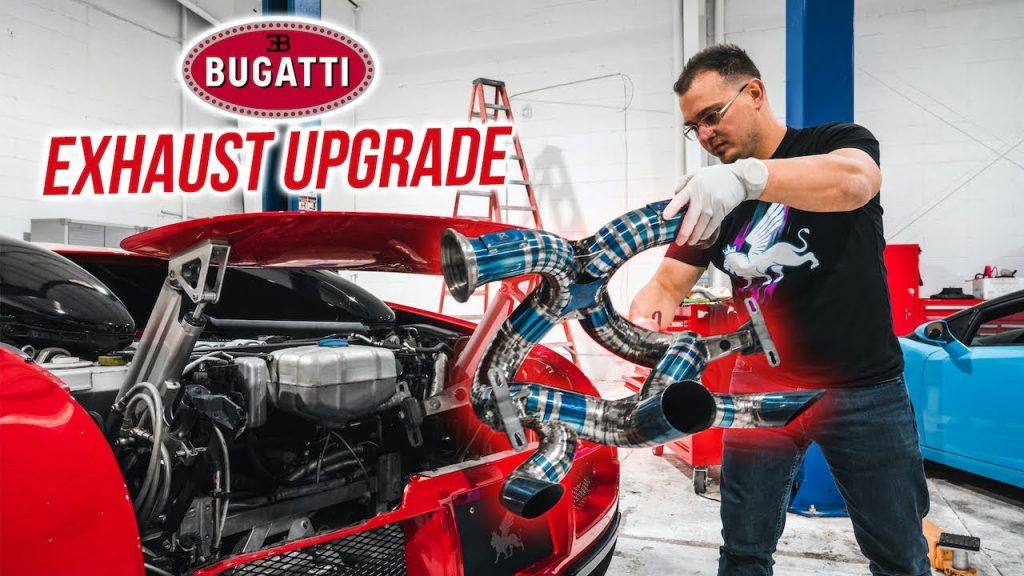 The Bugatti Veyron is the OG hypercar and rightly so as when it was revealed back in 2005, it packed 16 cylinders, four turbos and 1,200 horsepower.

Not too many owners fiddle with their Molsheim masterpiece but Royalty Exotic Cars went the extra mile and fitted a custom made Titanium exhaust to their Bug.

The video title claims it is the world’s first titanium-exhaust Veyron which is not technically true as the stock exhaust (20 kg) is also made from the same material. What is more important is that the new setup deletes the resonators and is basically straight titanium pipe from the catalytic converters and weighs just 4kg.

Owner of Royalty Exotic Cars claims this system will lead to performance gains of 10 to 15 percent which sounds a little too good to be true but one thing you cannot deny is the sound it now produces is immense.