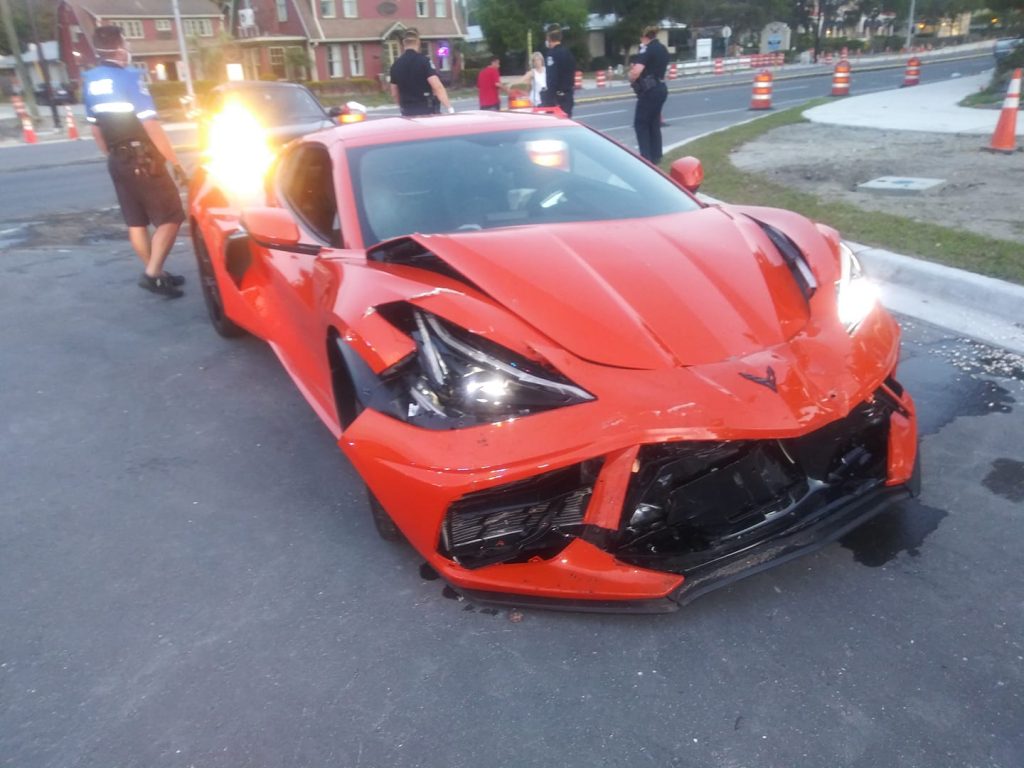 With power outputs getting bigger all the time, sports cars and supercars need to be treated with respect but sometimes you are just in the wrong place at the wrong time like the owner of this brand new Chevrolet Corvette C8.

On the 2nd of April. the owner took delivery of his Sebring Orange C8 with the Z51 Performance Package. On the 3rd of April, the Corvette t-boned a black Hyundai that pulled out in front of the supercar without warning. The car seems to be a write-off and had just 221 miles on the clock.

The driver of the Hyundai was allegedly under the influence of alcohol and to make matters worse, the driver had no insurance coverage.

Fortunately, there were no fatalities as a result of the accident but the driver and passenger of the ‘Vette sustained minor injuries while the driver of the Hyundai is still in the hospital.

We hope he/she makes a speedy recovery but let this be a reminder that is it not ok to drive under the influence.