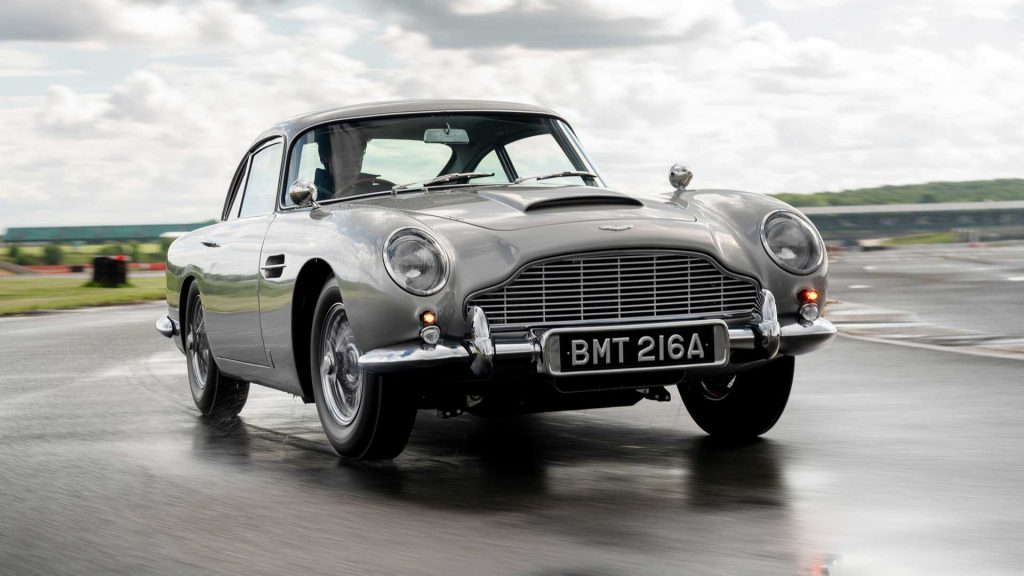 Aston Martin ended the production of the DB5 back in 1965 and now the grand tourer has once again rolled off the assembly line, with the same jaw-dropping design while packing a host of toys.

Why does it have toys you might ask? Well, that is because the continuation car is a tribute to the DB5 driven by MI6 agent James Bond played by Sean Connery in the 1964 movie Goldfinger.

The car costs £2.75 million (approx. R60 million) before taxes so you know a huge amount of work has gone into the “refreshed” DB5 and all the 007 gadgets. The first car has been finished in Silver Birch which took roughly 4,500 hours to complete.

Power is provided by a naturally aspirated 4.0-litre inline-six engine good for 290 hp which is sent to the rear axle through a five-speed ZF manual gearbox and a mechanical limited-slip differential. The DB5 Goldfinger continuation car boasts the original design of the car with aluminium body panels combined with a “mild steel chassis.” Aston Martin mentions “some sympathetic modifications and enhancements” have been made to “ensure the highest levels of build quality and reliability.”

Customer deliveries have already kicked off and will continue later this year as part of a production run limited to 25 examples.