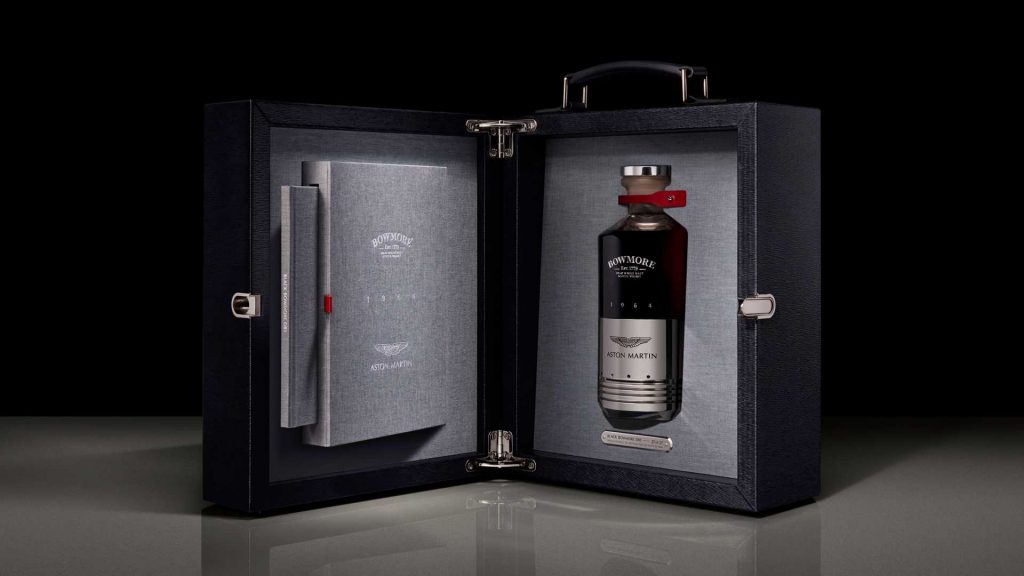 The subject is a new and very expensive offering of single malt scotch whisky from Aston Martin and Bowmore, a distillery well-known among single malt connoisseurs. The result is the Black Bowmore DB5 1964, and one bottle costs over $65,000 (approx. R1.1 million).

No it is not just the Aston Martin badge shooting the price sky high because for starters, 1964 is the year this whisky was distilled. It was the first run using Bowmore’s then-new steam-heated stills, creating the Black Bowmore single malt which is quite rare. It’s only been packaged six times, with approximately six thousand bottles being offered to the public since 1993.

Something that interests us petrolheads is the bottle itself which takes one week to create and uses an actual Aston Martin DB5 piston in its design. It also comes in a fancy case that includes a book detailing the history of Bowmore, which dates back to 1779.

If you fancy this, you will need to act fast as just 25 bottles will be released and do not worry there is no pre-qualifying buying criteria for this item so anyone with the cash in the bank can buy one.