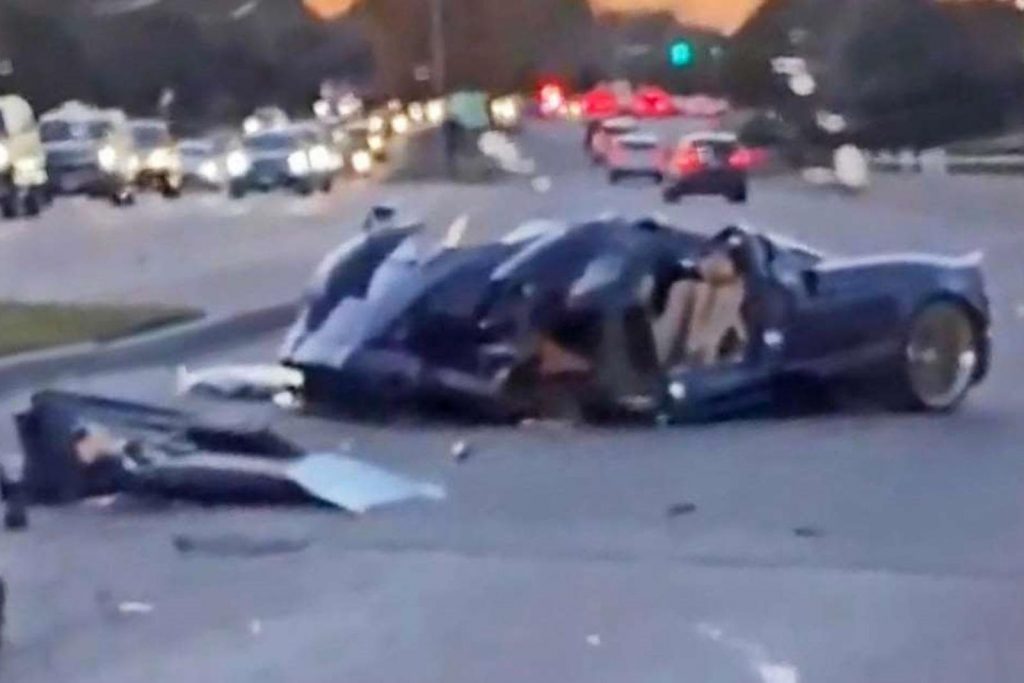 Crashing an exotic car is rarely unnoticed but crashing a 1 of 1 Pagani Huayra Roadster in Dallas, Texas and you are guaranteed to be in the spotlight.

Witnesses claim the driver lost control of the hypercar, got slightly airborne after clipping the curb and then collided with a tree before coming to rest back on the road.

Videos shared on social media show the one-off Huayra Roadster suffered serious damage which in the current state would be declared a write off but these cars are special so they are generally sent back to the factory where they are repaired like new.

The driver of the Pagani was 17-year-old Gage Gillean who runs the GG Exotics channel on YouTube. Luckily both him and his fellow content creator in the passenger seat escaped the crash without serious injuries.

When your dad is a billionaire the chances of you having access to machines like this are pretty high. This might be the most expensive car in the collection though so it still hurts no matter who you are or how much you have.

The YouTuber claims they were doing 30 mph when the crash happened but we have our reservations on that.