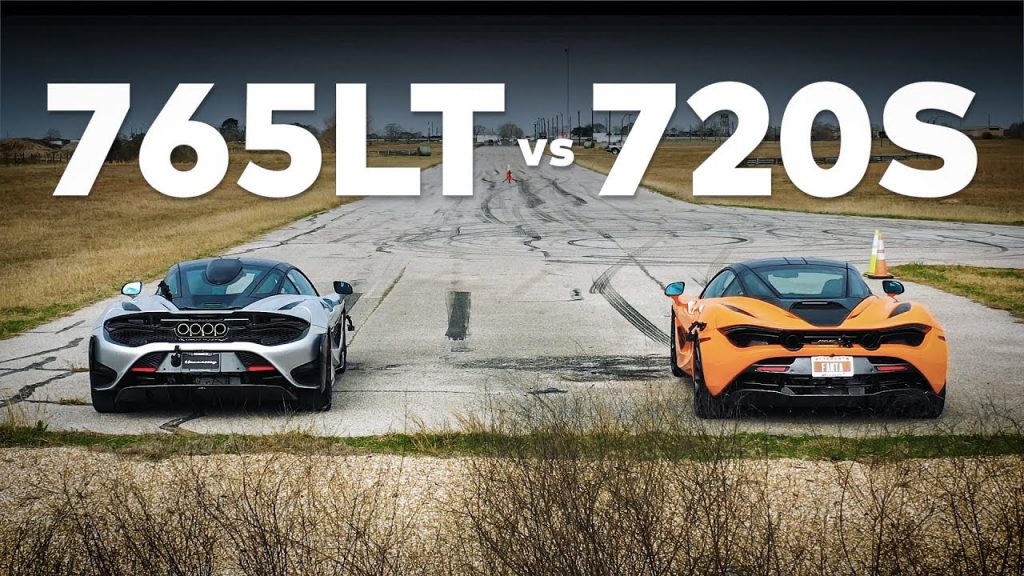 The McLaren 720S arrived on the scene a few years back and demolished pretty much anything it was put up against so what is the lighter, more powerful 765LT going to do?

We already know it is unofficially the fastest production car to run the quarter-mile with a time of 9.47 seconds but how much faster is it compared to its older brother?

The folks from Hennessey Performance got the two Woking machines together to show just how insane the Longtail variant is.