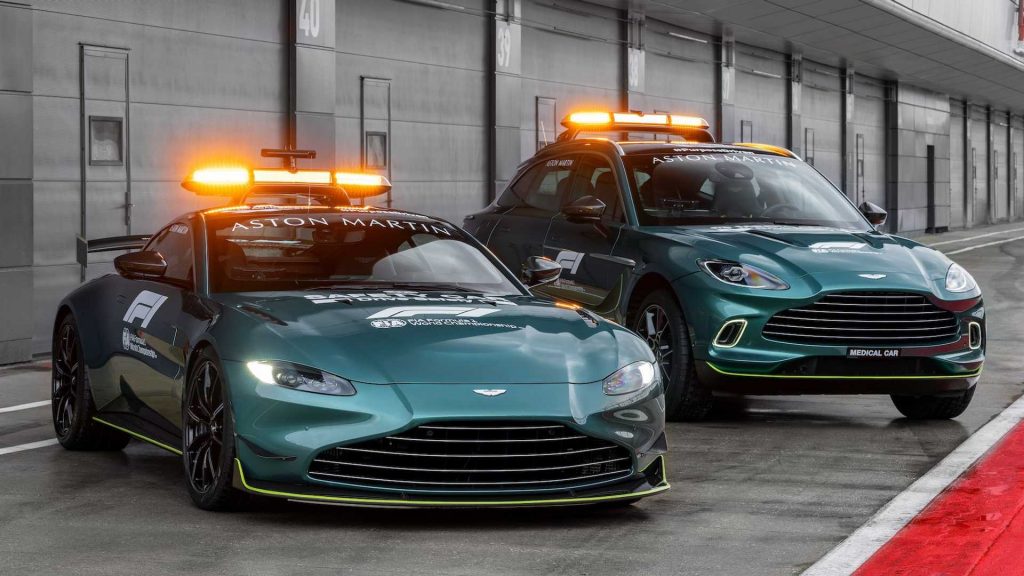 Mercedes-Benz (and Mercedes-AMG) has been supplying the FIA Formula One World Championship with safety cars since 1996 but that changes this year.

Although Mercedes-AMG will still be a part of the new safety and medical cars for the season, Aston Martin will be joining them with the Vantage and DBX.

As seen in the included shots, the British duo will be sporting the same Racing Green team colour of the Aston Martin Cognizant Formula One Team. Both get Lime Green accents on the body, while certain modifications are added to better suit their purposes, such as the roof-mounted LED light-bar and the FIA markings, along with chassis and aerodynamic improvements.

FIA’s appointed driver, Bernd Mayländer, and former race driver, Richard Darker, will be piloting the safety car. Meanwhile, Alan van der Merwe (South African) will be behind the wheel of the medical car.

The pair will make their F1 debut at the pre-season test in Bahrain on March 12-14, 2021 after which they will join the opening round of the Championship at the same track two weeks later.