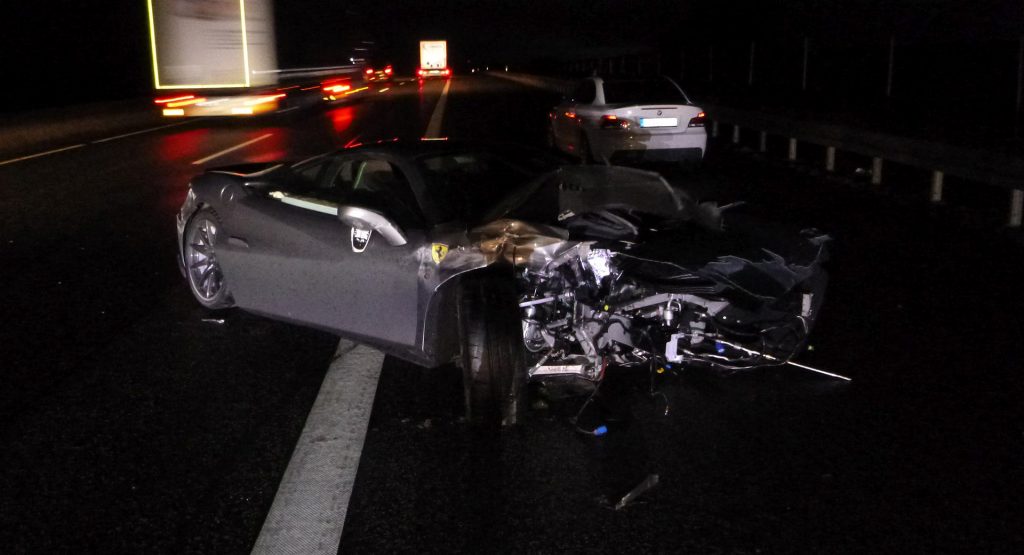 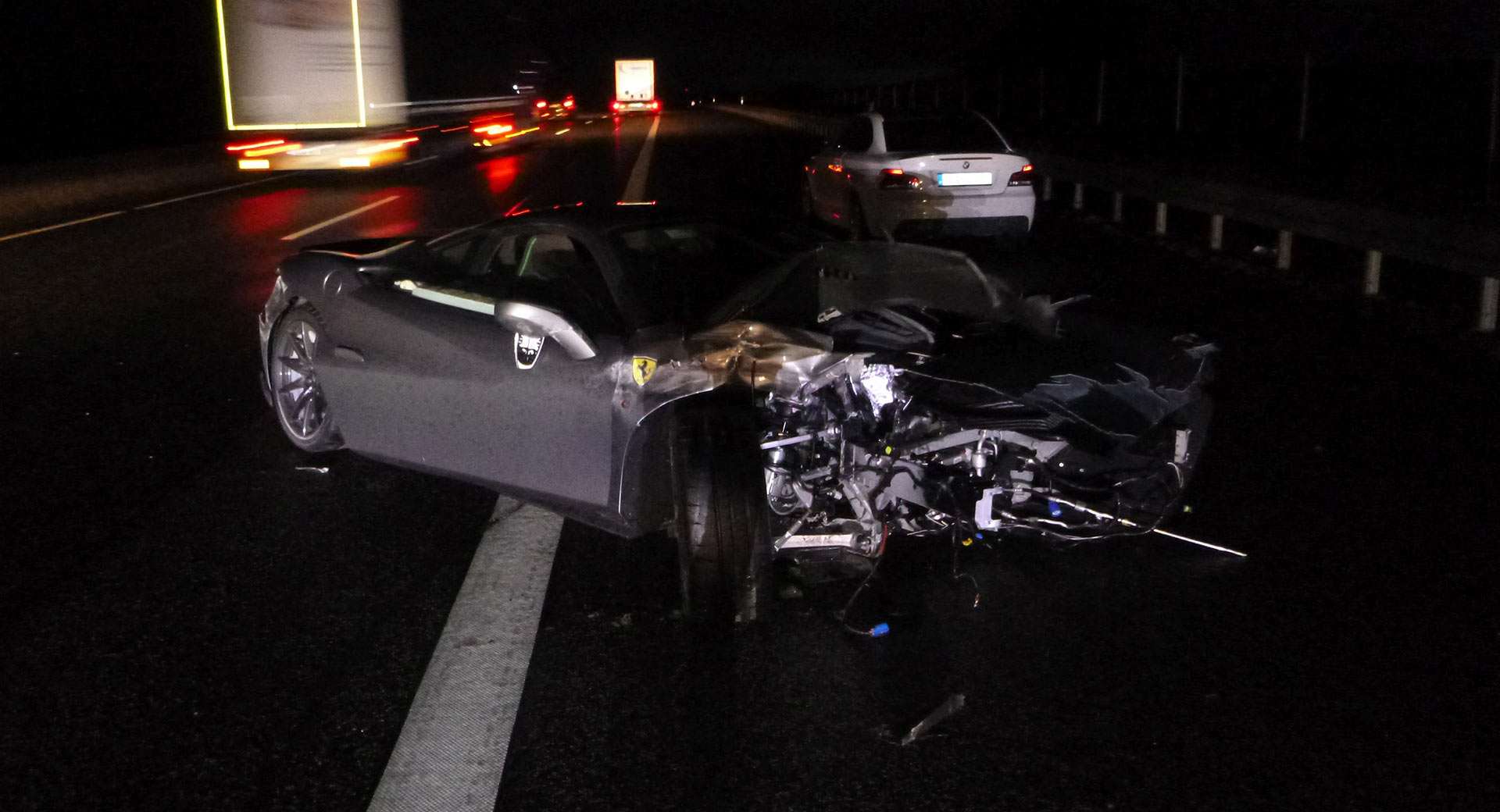 What is the age-old saying we all know now? With great power comes great responsibility and it seems an owner (ex-owner) of a FerrariF8 Tributo learnt that the hard way in Germany.

CarScoops picked up the information from local reports where they state the 43-year-old driver crashed the powerful prancing horse just 6 hours after being handed the keys.

The report states the following;

Police state that the Ferrari was fitted with summer tyres and being driven on wet roads at the time of the crash, “presumably [at] inappropriate speeds.” The car initially slammed into a concrete barrier on the side of the road, ripping off one of the rear wheels in the process. The Ferrari then slammed into a minibus before striking a guardrail and coming to a rest on the side of the A5.

Fortunately, the driver was uninjured but his passenger was taken to hospital with serious but not life-threatening injuries.

A single photo released by police of the crashed F8 Tributo shows that the front end took the brunt of the multiple impacts, so much so that the car is barely recognizable. The entire front fascia has been ripped off, the wheels and suspension components have been mangled, and the hood and front quarter panels have been twisted. The car is a complete write-off.