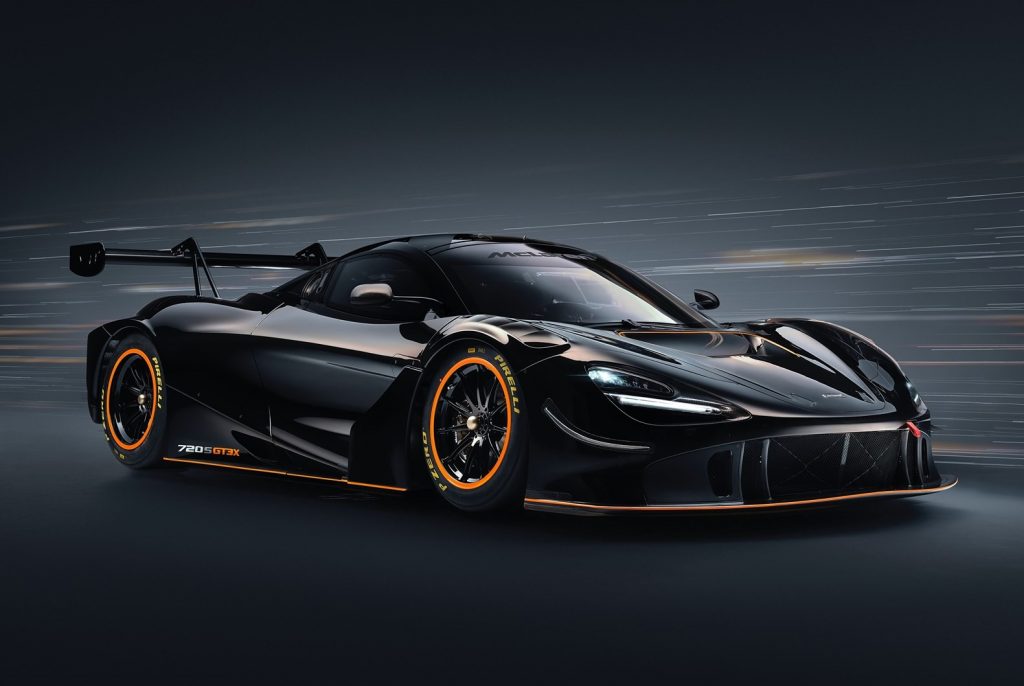 McLaren love to show what they can do when they are not bound by racing regulations and the 720S GT3X is exactly that as it takes things to a new level for the Woking weapon.

It is of course based on the ‘regular’ 720S GT3 that competes in a host of racing series around the world.

This variant has received a few extra mods starting with the output of the twin-turbo 4.0-litre V8. This develops 200 hp more than the standard racer, resulting in the same 710 hp as the street car, although that figure jumps by an extra 30 hp with the available ‘push-to-pass’ button.

The performance gain was achieved thanks to larger turbochargers, larger manifolds while an upgraded cooling system was fitted to ensure the car can sustain lengthy stints on track without losing any of its performance.

Take one look at the car and you will notice it looks more extreme too and you would be correct. Much of the car’s performance is owed to the enlarged aerodynamic package fitted to its body, with larger pieces across the car, headed by a fixed rear wing.

McLaren factory racer and test driver, Rob Bell, says the new wing was needed to “balance” the extra forces generated at the front, suggesting the overall balance will feel the same.

In this package, the downforce will be much higher, equating to greater corner speeds and quicker lap times. That, of course, will be driver dependant; naturally, McLaren’s track day drivers can receive tuition from the firm’s drivers, to help them get the most out of their machine.

Fancy taking passengers on track in your new toy? Well, now you can with the option of fitting a passenger seat to give unsuspecting friends and family the ride of their lives.