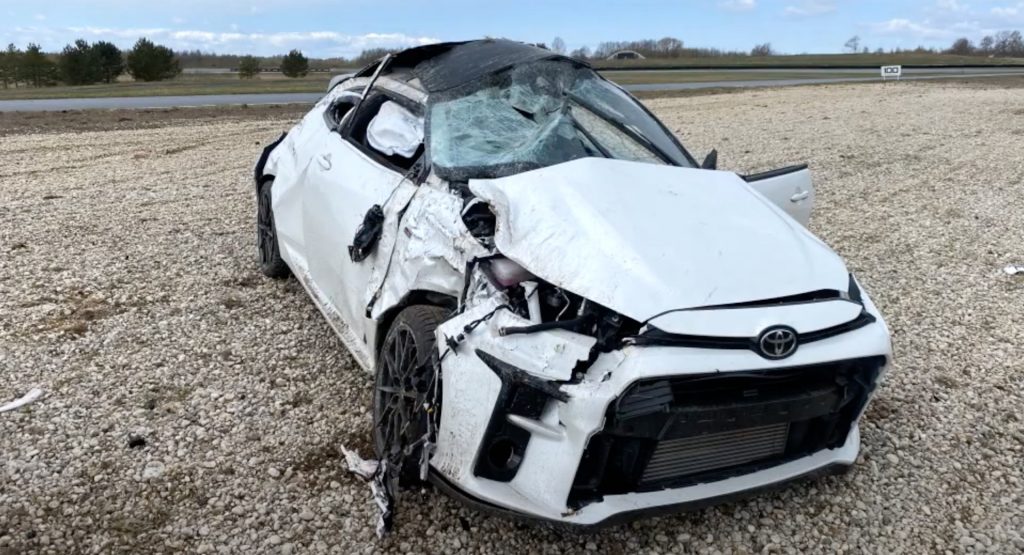 Toyota scrapped the WRC car the GR Yaris was supposed to homologate but they still went ahead and built the GR Yaris anyway and stuck to its commitment to build all 25,000 cars.

The 25,000 benchmark is not a limit as chief engineer Naohiko Saito said that “we will continue to produce this car – over 25,000 if enough people want one. That 25k figure isn’t a limit.”

Reading the reviews and seeing how this hot little track toy is selling, we are willing to bet that the 25,000 figure will be surpassed extremely quickly, especially when some of the units are completely totalled as we see here.

This incident took place during an open track day and as you can see, it was not a minor off but rather a full-blown multiple roll-over somersault wreck.

The description of the video below (which is apparently the owner’s channel) says the driver walked away unharmed.

As you can see in the images included, the car was not so lucky and will be on its way to the nearest junk yard.