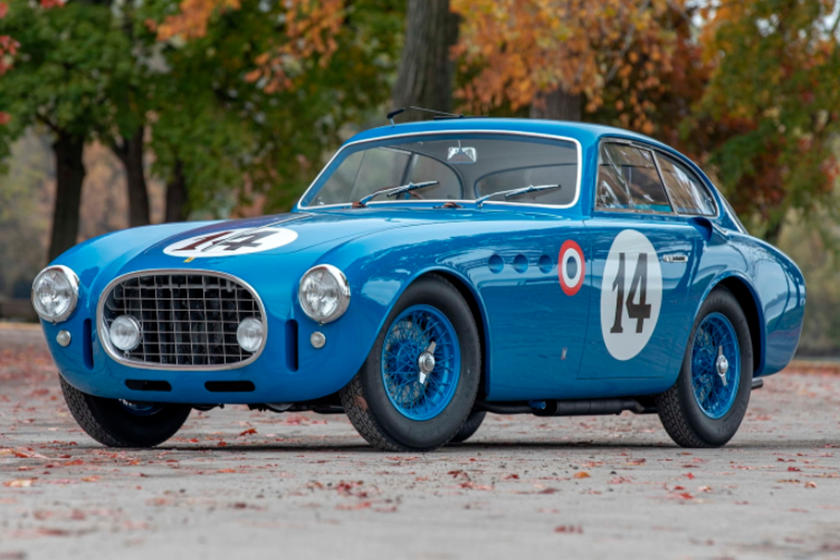 Classic Ferrari’s have been known to appreciate over time so when you have one in your possession, make sure you find out as much as you can about it or you could be in a situation similar to the below.

What you see here is a 1952 Ferrari 340 America which is currently up for sale through Mecum Auctions. No, it will not be auctioned but rather sold through their direct sales program at an event in Indianapolis this weekend.

As we mentioned it is a 1952 model but fast forward to 1990 when Mike Sanfilippo (a drag racer) purchased the car at a garage sale for $200. According to Mecum, the seller just wanted to get rid of it and unfortunately for them had no idea what they were sitting on. Mr Sanfilippo intended to turn it into a dragster but luckily, for us, he never got around to doing it. He ending up selling it on eBay in 2006 for $26.912 to Tom Shaughnessy, an auto restorer expert who quickly discovered what he had. It was really worth around $3 million back then – talk about the steal of a century.

The car went through a full restoration by Ferrari Classiche and now the experts think it could sell for over $6 million.

This prancing horse was one of just 24 built and was originally a race car where it took fifth place at the 1952 24 Hours of Le Mans. After this, it was later exported to the US where it went through a series of owners where one of them swapped out the original Ferrari V12 for a Chevy V8 (sacrilege). The original V12 sadly disappeared but during the restoration, a period-correct 4.1-litre V12 and four-speed manual transmission were installed.