How to Use Dash Cam Footage to Make an Insurance Claim 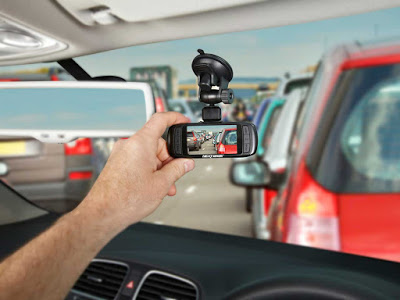 Dash cameras are an increasingly popular accessory with drivers who prioritize safety. They are a worthwhile investment for anyone who wants to be safer when driving for their affordable price and simple features. Insurance companies even insist drivers install dash cams in some countries to ensure claims are resolved quickly and fairly.

But since technology often goes ahead of the legal system, many wonder how exactly the information obtained with these cameras can be used.

What are “dash cams”?

Dash cams (known as “in-car camera”) refer to a broad category of video recording devices designed specifically for automobiles. These cameras record continuously while the car is in motion and are typically installed to take images from the front and rear of the vehicle to document accidents or acts of vandalism. As you record, the dash cam stores information on a memory card and also transmits the footage through a screen. Some critics argue that the screen makes drivers distracted, but those who support the use of these cameras say they are used to check who was at fault in the event of an accident.

The operation of an onboard camera is straightforward. They are placed next to or under the interior mirror of the vehicle; the dash cam continuously films video sequences. Their duration is adjustable according to the models.

Recording starts automatically when the vehicle is started. No intervention of a mechanic is necessary.

Then, the camera films all the events taking place along the routes. If an abnormal event is suffered by the vehicle (shocks, sudden decelerations, broken glass, etc.), the recorded video is not self-erased. The deletion is done manually. This mode of operation facilitates the recovery of the video by the drivers.

If necessary, the motorist can also manually save a specific video even if he has not been the victim of a particular event. It can be helpful if he has just witnessed an accident in which he is not personally involved.

These videos can then be used to prove the good faith of drivers in the event of a responsible or non-responsible accident. It explains why this device is more and more popular with insurers.

Who can use an onboard camera?

Young or novice drivers, short riders or occasional drivers, drivers who have been disqualified or terminated? No matter your profile, bonus penalty, or vehicle use, dash cams are helpful to everyone.

Why install a dash cam in your car?

The first positive effect of onboard cameras? It allows you to improve yourself as a driver. Thanks to the videos of your journeys, you can identify your strong points and weaknesses.

Visual proof in the event of a claim

Sometimes, it is often difficult to prove that you are not guilty in the event of a personal injury or property accident. Consequence: repair costs are your responsibility. This, depending on the insurance formula chosen and the associated deductible, can represent high costs.

Even more so, if you have not taken out assistance or vehicle loan guarantee, this option helps you out. It gives you the benefit of a replacement vehicle during the entire period necessary for the mechanic to repair the damaged vehicle.

Proof by image provides irrefutable evidence of what happened. Indeed, the encoding of the files makes it possible to detect any modifications of the video.

No matter the situation: hit-and-run, the motorist is giving false testimony, attempting to falsify the report, the onboard camera records everything that happens impartially.

Result? In the event of a non-responsible accident, you can provide proof that you are not involved with your insurer. Compensation can then only be fair.

When can these videos be used in court?

As long as the dash cam footage is relevant to the case, the recordings are almost always allowed in court. However, there are some exceptions.

As with cell phone video, what can be captured from dash cam video is limited. For example, it is not allowed to record with dash cameras events on private property; its scope is limited to circumstances in public areas and a full view of the world. Some of these cameras also record inside the car, but the driver must have the passengers’ consent to register. If the passengers do not give their consent, the camera must be turned off. And what has been filmed is likely not to be admitted in court. While most dash cameras only capture images, some also record audio, which is typically not supported in court.

Although Texas and New Mexico do not have specific laws prohibiting the use of dash cameras, other states do, so be sure to determine what is considered legal when traveling within the country or abroad.

Do dash cam recordings have to be turned in?

When deciding whether or not it is a good idea to turn over your dash cam footage to use as evidence, your best option is to consult an attorney. It may seem obvious that a video can help a driver prove that they were not at fault in an accident, but the video can also show that they were speeding or driving aggressively, which can harm your case overall. Also, if the driver gets out of the vehicle and starts assaulting whoever caused the accident that could not look nice. Also, if the images are blurred, or it is not possible to see who was at fault, this can further confuse the facts of the case, and the recording could be discarded.

The images filmed by the onboard cameras are geo-tagged and dated so that insurers can accept them.

However, they have no less or more value than the other elements provided by the motorists involved in the accident or by witnesses to the scene. Thus, your insurer may decide to rely solely on the other evidence you have provided: police or amicable reports, direct testimonies, photos taken with smart phones at the scene of the accident, etc.