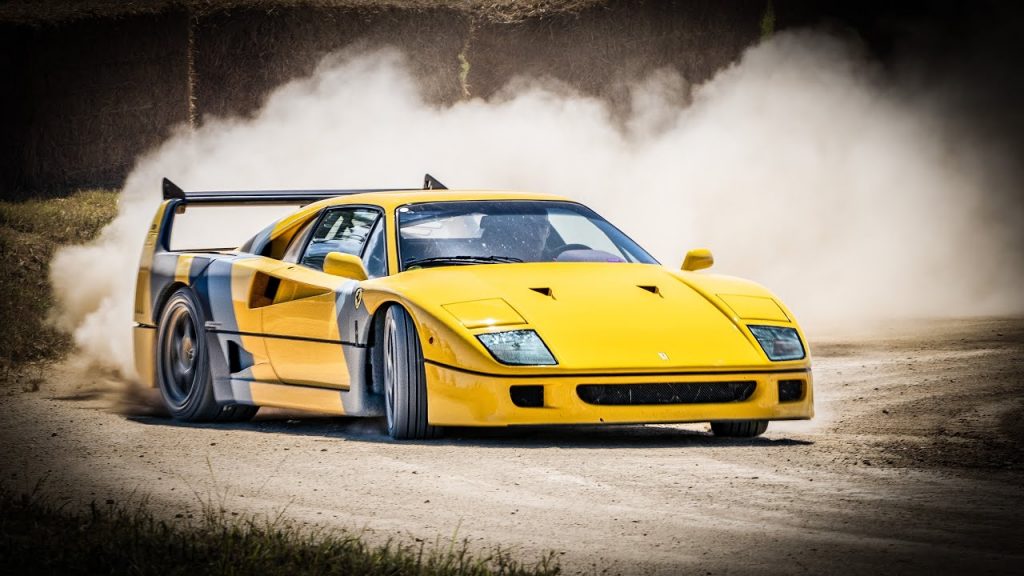 Do you guys remember the YouTube channel TaxTheRich100? Sadly they have not been active for five years or so which is a pity as it provided an excellent source of entertainment, showing the likes of the Ferrari 288 GTO, F50, and Enzo being driven hard.

YouTuber TheTFJJ was lucky enough to tag along at a hill climb event where this yellow Ferrari F40 was being driven a lot harder than 99% of them will ever be driven. The owner even decides to take the prancing horse on the little off-road “rally” course which of course is the reason you are here.

This F40 appears to have been slightly modified to accommodate a new rear diffuser and spoiler akin to the F40 LM but don’t think for one second that this is a replica. This owner has also straight-piped the car and is more than likely the highest mileage F40 in the world.

The analogue supercar from Maranello remains as captivating as ever, even more so when it’s tackling a less-than-ideal road surface.