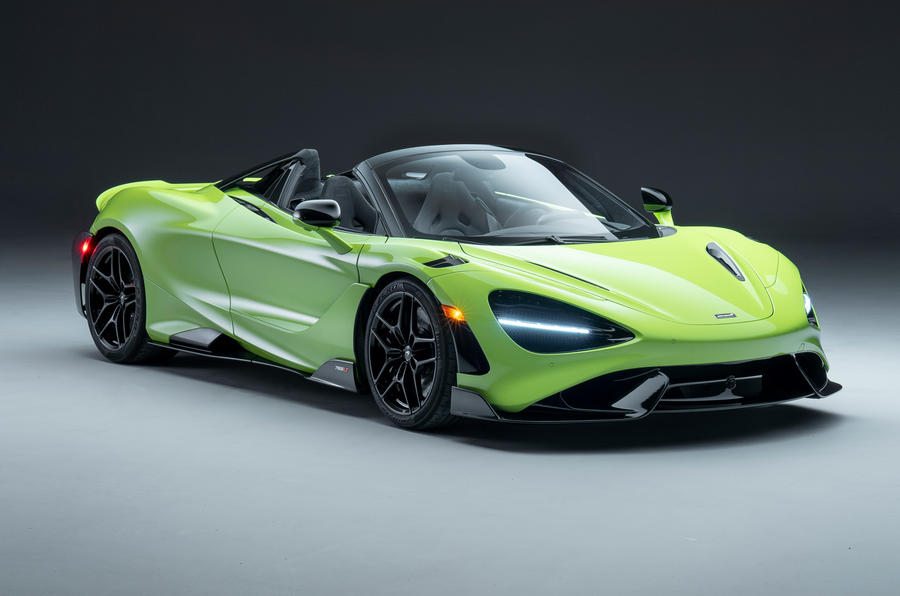 It is of course based on the coupé variant which means the twin-turbo 4.0-litre V8 still develops 755 hp (563 kW) and 800 Nm (590 lb-ft) of torque driven through a seven-speed sequential gearbox.

As with the sold-out Coupe, the 765LT Spider will be limited to 765 units.

The retractable top can be lowered and raised in just 11 seconds but it makes it 49 kg heavier than the Coupé but still lighter than the 720S Spider. The 765LT Spider is reportedly capable of sprinting to 100 km/h in 2.8 seconds and running to 200 km/h (124 mph) from standstill in just 7.2 seconds which makes it as rapid as the coupé version.

The rear window is lowered by a separate motor to the single-piece convertible roof, which allows it to be lowered independently of the roof, allowing users to hear the note of the quad titanium exhaust system.

As you can see, the Spider version sports the same aerodynamic carbon fibre bodywork as the Coupe version, including a front splitter and bumper, lower door blades and side skirts, and a wraparound rear bumper.

The convertible retains the active rear wing, although this has been recalibrated to optimise performance with the Spider’s roof up and down, and account for the car’s revised rear profile.