This sexy grey Audi RS5 became a victim of vandals after it got stuck in flooded roads in Chertsey, Surrey. The source of the photo’s seems to think the car was either stolen or the owner tried to flee from a company or rental company. Whatever the actual story is, I see no reason why someone would come along and ruin this car like this. Windows smashed in, doors bashed, rock thrown onto the roof and the interior was completely ripped out. The car had been standing there for 11 days at the time of posting this and might still be there. Sad to see such a nice piece of kit looking helpless in the water but at the same time, the pictures have been taken rather professionally. 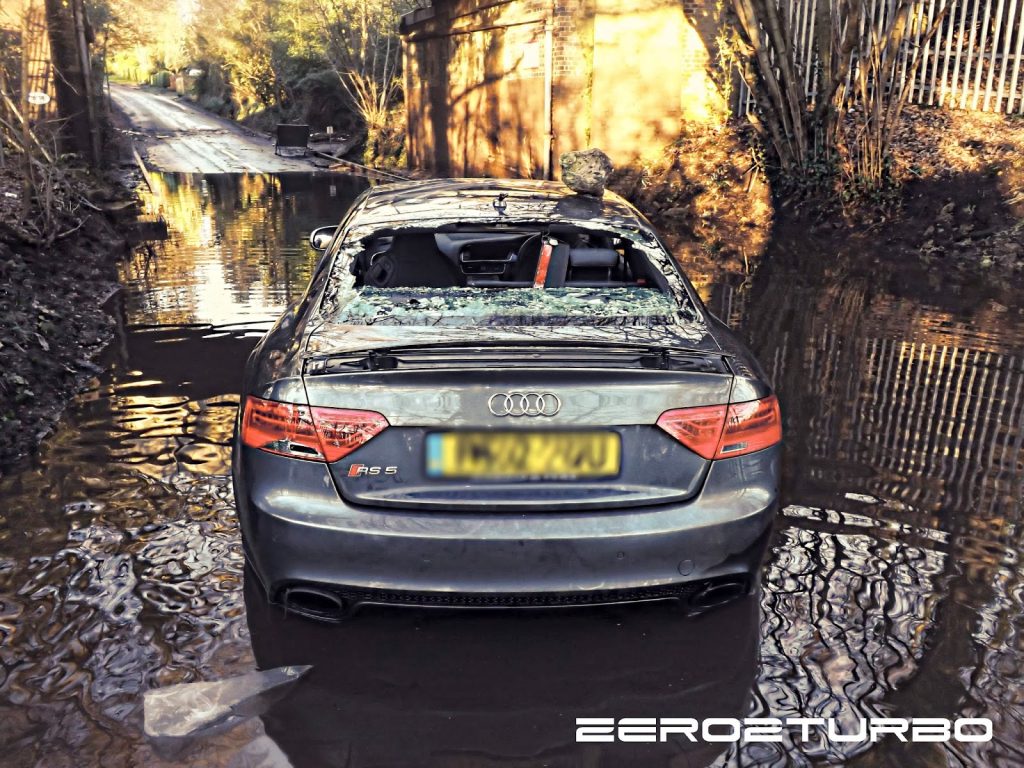 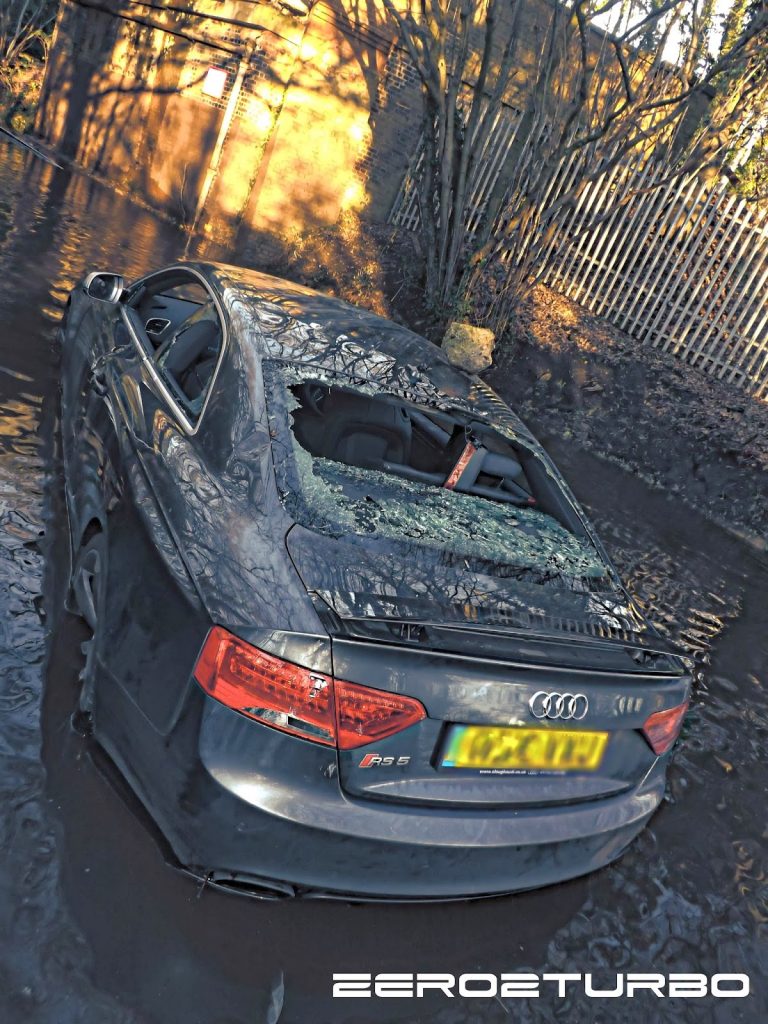 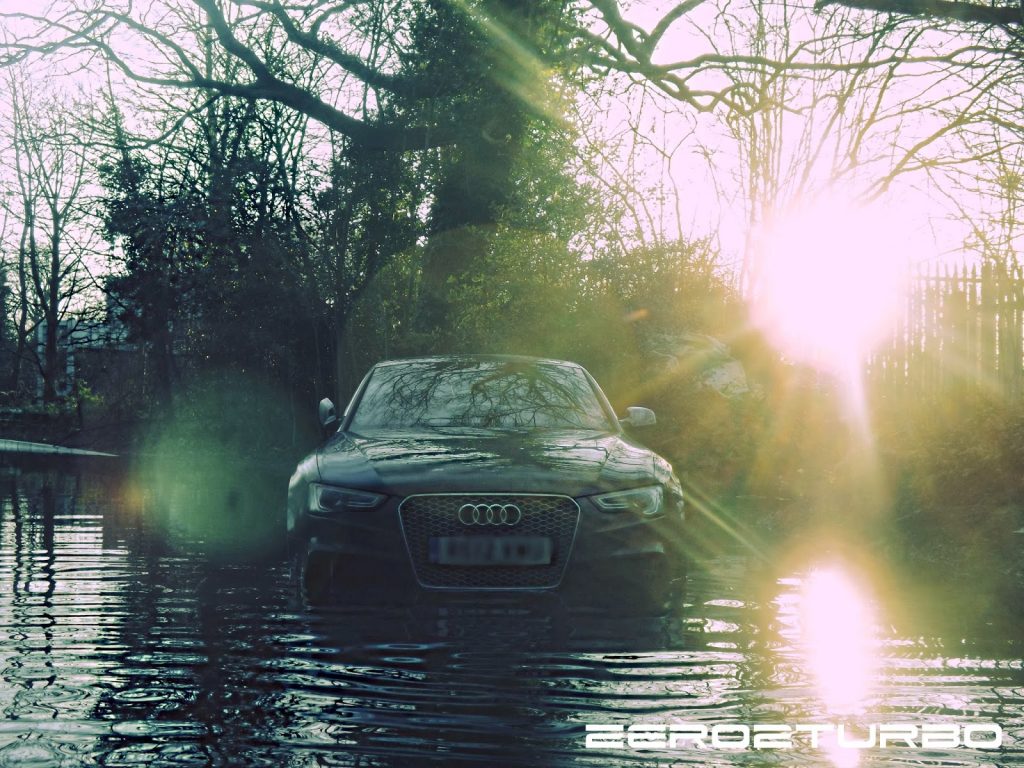 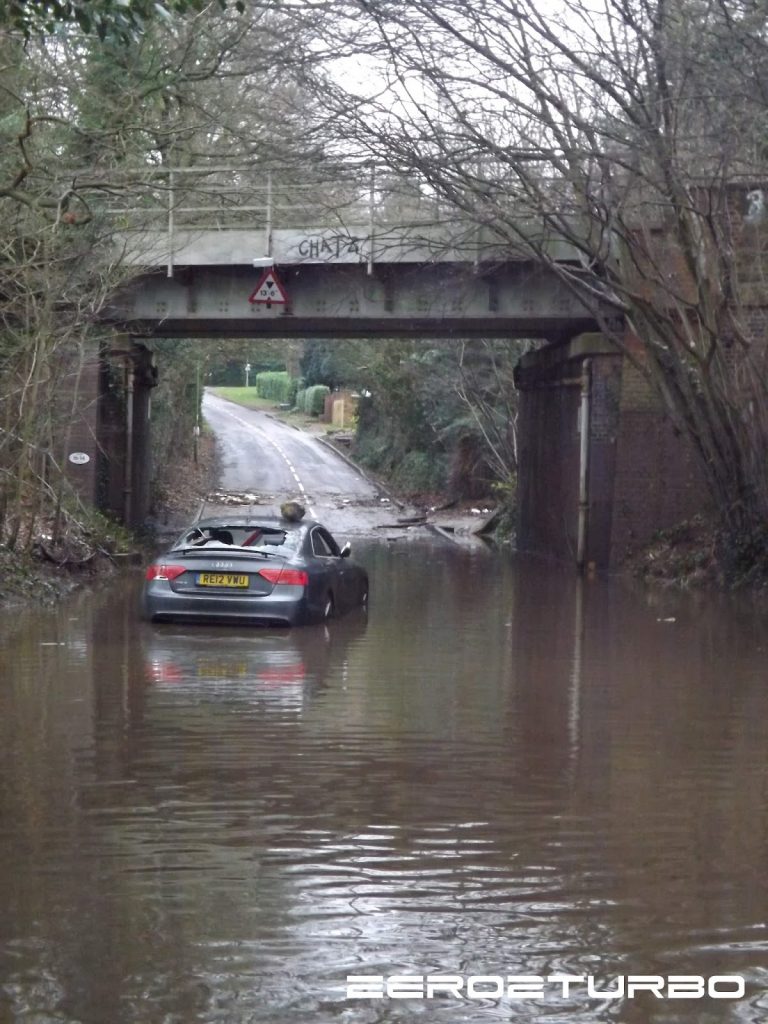 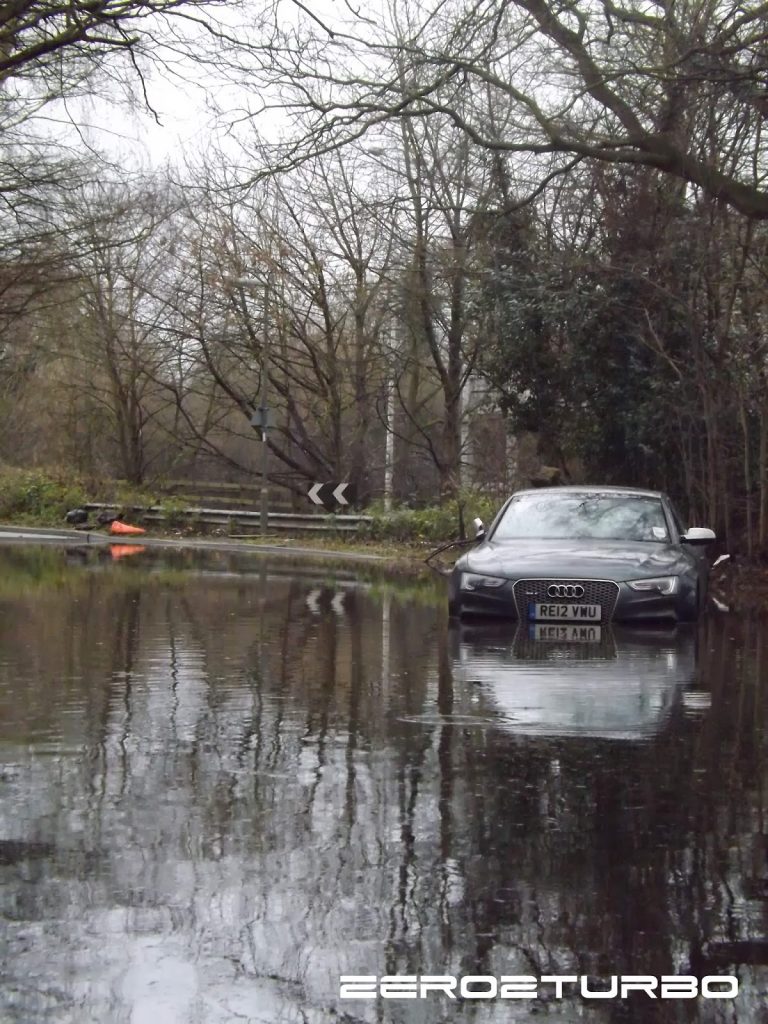