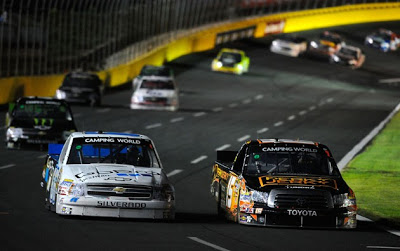 Following on from my previous post regarding Kimi joining the Nascar Camping Truck racing series in the USA, he has successfully completed his first race. He started from 31st place and managed to wangle his way to 15th and even managing to get as high as 7th at one point. A missed pitstop cost him dearly resulting in dropping 7 places. He dodged multiple car collisions in front of him and overall proved to be a very steady start. I must correct myself in saying that Kimi has not quit WRC but he is going between the two arenas (https://www.dubaidesignweek.ae/news/creative-design-dubai). His next WRC race will be the Acropolis Rally in June.