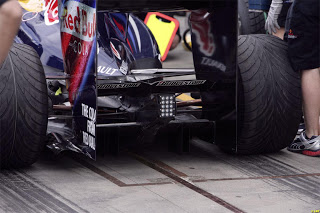 Share
Facebook Email Twitter LinkedIn WhatsApp Telegram
Ahead of this weeks European F1 race, the FIA has decided to ban the use of ‘off-throttle’ blown diffusers. So what exactly are these? haha. Well rear diffusers channel the airflow and generate down force for the car making it much easier to hammer it through corners and just make the car quicker fullstop. In an F1 car, the hot air coming out of the exhaust gives a lekker constant down force but this only occurs when the driver is on the throttle. Some teams have adapted their engines, for qualifying only, to continue to blow hot air even while the driver does not have his foot on the loud pedal. This is what has been banned and the FIA said the ECU cannot be altered from Qualifying to racing and the reason this is not done in the race is because it guzzles fuel. What you F1 fans think? Do you think this ban will finally allow a proper competitive qualifying or will Red Bull continue their dominance even without the ban?
Share. Facebook Email Twitter LinkedIn WhatsApp Telegram
Previous ArticleUpdate: Ryan Dunn Car Crash
Next Article Quick Preview: European GP