The first pictures of the production ready BMW i3 have surfaced on the web before its debut which is due on the 29th. I am struggling to see big changes from the concept but you can see that it has a new front bumper and head lights. The see-through doors have been replaced with conventional doors (which was expected) and they open backwards to allow easier access to the back seats. Entry-level model develops 170hp and 250Nm of torque which allows it to hit 100km/h in a respectable 7.2 seconds and charge (excuse the pun) onto a stop speed of 150km/h. It is expected to have a range of about 150km per charge but if this is not enough, you can opt for the range-extending variant which has a 2-cylinder 650cc engine which acts as a generator. This doubles the range which I think is the answer if you looking at this vehicle. Pricing has only been released for Germany which is €34 950 so we can expect to see prices in SA at around R500k or so. 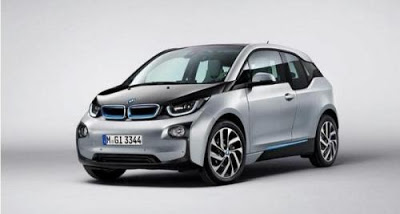