Remember when people snickered at the thought of a 1-litre engine in your car well now that Ford has developed the all new EcoBoost engine, you can proudly say you are the owner of one of the smartest, greenest and award-winning engine. This new engine dramatically reduces fuel consumption and the C02 emissions which immediately allows us to save on both tax and petrol. 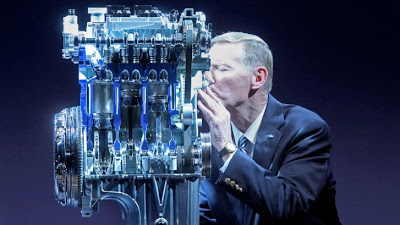 Ford put this little engine to the test around the famous Nurburgring and the track times are someone surprising. I have not had the chance to drive a Ford with this advanced engine inside of it but from what I have read, it is proving to a real winner. No it will not catapult you from robot to robot it is after all still a 1-litre but it will get you from A to B and save you a whod of money at the same time. Ford have put together quite a few videos showing off their new technologies in their latest production models. This is all part of their Go Further campaign and one of these such videos is on the intelligent Ecoboost where they put it in a racecar. It is well worth the watch and it makes an awesome sound! Check it out below…