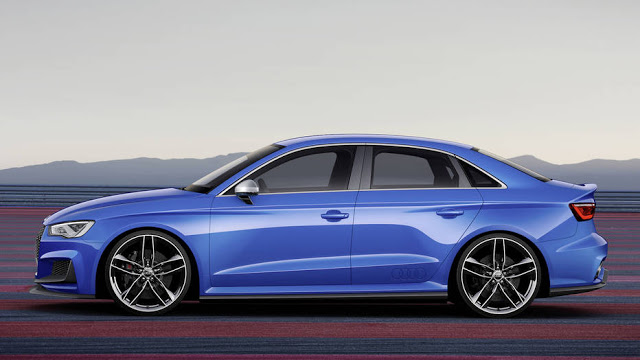 Car & Driver are reporting that Audi’s new TT RS and RS3 Sedan are set to get an entirely new turbocharged 2.5-litre, five-cylinder engine. The engine in question is believed to be engineered from the ground up which means that it basically won’t have anything in common with the existing turbocharged 2.5-liter five-cylinder unit. The new TT RS will be the first to get this engine as it will be introduced at the Beijing Motor Show at the end of this month. The RS3 Sedan will go on sale next year and will also be fitted with the same engine. Initial numbers indicate that it will pack 400 horsepower (298 kW) which is completely insane. This will bring the 0 to 100 km/h sprint time down to 4.0 seconds or so which is getting close to some serious supercar territory.