California And Cars: A Love Story

The old saying that nobody walks in LA has been around for many years. And like a lot of sayings, there’s more than a ring of truth to it. Los Angeles and much of the rest of California has had a love affair with the automobile for many years now. With many of the world’s greatest road trips on its doorstep, this is an affair that’s unlikely to end any time soon.

Here, let’s take a quick look back of the history of cars and highways in California

Other than Detroit, no American city identifies more with the car than Los Angeles. Its mess of freeways and traffic that has developed over time. The boom can be traced back to the 1920s when people began to flock into the city and Ford’s production line system made the motorcar accessible to more people. The growing middle classes in America meant the demand for cars continued to pick up. Los Angeles developed into a massive sprawling city while public transportation never really caught up. Unlike almost every other city on the planet, the car was seen as the most progressive solution to the transportation crisis. Only in LA…

When LA goes one way, it seems that San Francisco always wants to go the other. When cars were taking over in the City of Angels, San Fran was busy developing one of the most extensive public transportation systems in the world. Its cable cars are still an incredible feat, and in their heyday, they must have been truly incredible to behold. While the public transportation system is still great, car ownership inevitably spread, as did the auto repair industry. Known for thinking about the environment, many people still choose fuel efficient cars over gas guzzlers.

Route 66 and the Pacific Coast Highway 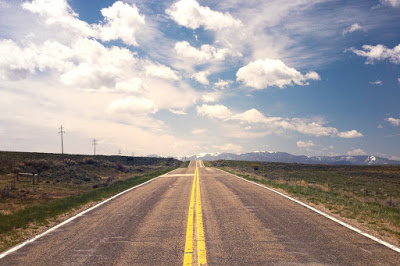 The history of highways in California dates all the way back to 1896, but things really started picking up in 1912 when voters approved the building of over 3000 miles of highways. The last large addition took place in 1959 and since then, only small sections have been added or altered. The building coincided with thousands of people flocking to the state in search of a new life and prosperity.

No single road has captured the imagination of people more than Route 66. The idea was to link hundreds of rural communities up to the major cities of Chicago and Los Angeles. After it proved to be invaluable during the war years, everything became geared towards tourism. Motels and diners sprung up everywhere, alongside a host of other popular attractions.

The other renowned road that passes through California is the Pacific Coast Highway which originally opened in the 1920s as part of the Roosevelt Highway. The first direct link between Newport Beach and Laguna Beach and between Ventura and Santa Monica, this incredible coastal road is now regularly clogged up with traffic but still offers unforgettable scenery as you cruise through the sights of southern California.

Share. Facebook Email Twitter LinkedIn WhatsApp Telegram
Previous ArticleKia Stinger GT Is Official And It Packs A 365hp V6
Next Article What You Need to Know About Novated Leases in 2017