Don’t Make These Mistakes After A Car Accident!

If you’ve just been involved in a car accident, it’s so important that you take the appropriate steps afterwards to get what you deserve – especially if it wasn’t your fault. 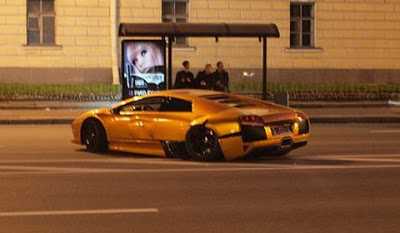 A lot of people end up making mistakes because of the stress of the accident, and although that is to be expected, you have to keep a level head.

Here’s a list of all the mistakes that you shouldn’t make.

If you’ve just had a crash, don’t ever say you’re fine. Even if you feel it at the time, that may be due to shock and confusion, but by saying you’re okay means you don’t need any help. It will give off the impression to others that you’re not really hurt, and this could affect you greatly in the future health wise, as you may not have been offered the rehabilitation that you needed back then.

If your injuries don’t feel too serious, then instead say “I don’t need an ambulance” rather than saying you’re fine.

When responders do arrive at the scene of the accident, let them know what symptoms you are having, even if they don’t sound serious. You may feel a slight ache in your neck or back, but consider it to be nothing, only to realize later down the line that you have a severe case of whiplash, but as you were in shock when it happened, you weren’t aware of the pain you actually had. So make sure you get yourself checked over by a medical professional to be on the safe side.

Waiting too long to do something

If you leave it too long to take action after you have been in an accident, it will be a lot harder to try and get what you deserve because they will question it straight away. Why didn’t you come to us the week or your accident? Instead, you have waited a month. – It just doesn’t look right.

The sooner you start a claim – the better. So click here and scroll down to find yourself a lawyer that can help you fight for what is right.

Don’t wait around to see if your injury gets worse and then seek medical care. Do it immediately, so you have all the proof that something was bothering you.

If you need to look into the accident, do it fast before crucial bits of evidence disappears, like if there were any witnesses that saw what happened or possible video footage.

You need to do everything you can to prove and back up your story, so the more information you can literally hold in your hands – the easier it will be.

Giving too much information to the insurance company

Never trust an insurance company fully. They are there to do a job, and that’s to save their company’s money, which results in paying you less. So never think that they are on your side and want you to have justice, because they don’t.

Only give them the information that you are required to by law, don’t be fooled into giving them endless pages of details, because they may use this against you. Things like who’s fault it was and what injuries you have may be asked, but you do not need to tell them this, as they will only be using that information to benefit themselves.

Not calling the police

You should always call the police, regardless of what damage is done or how sorry the other driver is. An accident always has to be reported.

If the appropriate professionals don’t come to the scene of the accident and make a report, it’s like the crash has never existed, and that will be a huge downfall if you’re trying to make a claim. So make sure it gets correctly documented.

After an accident – because you may be in shock – it can be hard to determine exactly what has just happened, and it’s very easy to go along with what a person is saying. – Never ever let someone tell you that you were at fault, no matter who you’re talking to, whether that be the driver, a witness, an insurance company or the police. If one person hears you agree that you were in the wrong, you won’t have a leg to stand on when trying to make a claim.

So don’t ever apologize if it wasn’t your fault, even if you think it may have been. Talk to your attorney first, as you may think you are at fault because you braked to quickly, whereas legally, the vehicle shouldn’t be close enough behind you that they crash into the back of your car.

Forgetting to get evidence

As soon as the accident has happened, you should start taking evidence, even before the police arrive.

Take pictures from all different angles of your vehicle and the other one that was involved. Get photos of the number plate, as well as writing it down, along with the make, model, and color of the car. Get the names and contact details of the other driver, and ask any witnesses for a statement now (as well as your own.) You want to do that as soon as possible while it is still fresh in their head.

Insurance companies often use social media as a tool to spy on the people trying to put in a claim, to see if they can use anything against them. They will be looking for photos and videos that contradict what you have said. For example, you might say that you haven’t been able to walk properly since the accident, but then you have a video online of you dancing on the weekend.

So it’s best just not to say and do anything until you know what is happening with your case. Or, be very careful about what you upload, as things can be twisted and turned to benefit them and make you look like a liar.