A chap by the name of Alex Gray was busy taking a Snapchat at a recent event when he captured a little more than he bargained for. According to the YouTube caption, a professional driver was warming up the Ferrari F430 before he locked up brakes on the very wet surface ending up with a nice shunt into the stationary orange Gallardo.

Mr. Gray was rather upset as he was meant to be driving both the cars during the day which leads us to believe that this was some sort of Supercar Experience. 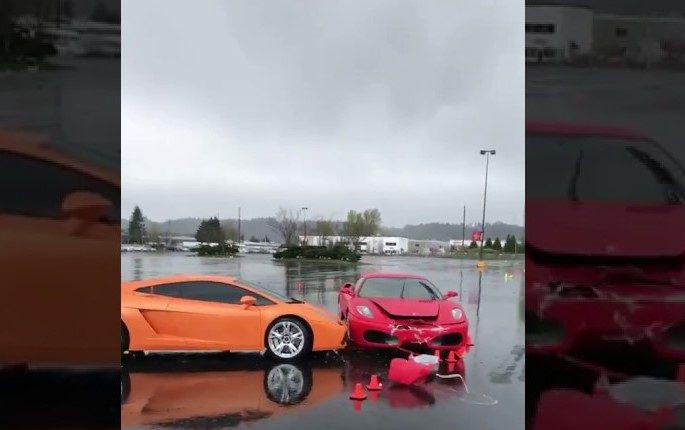